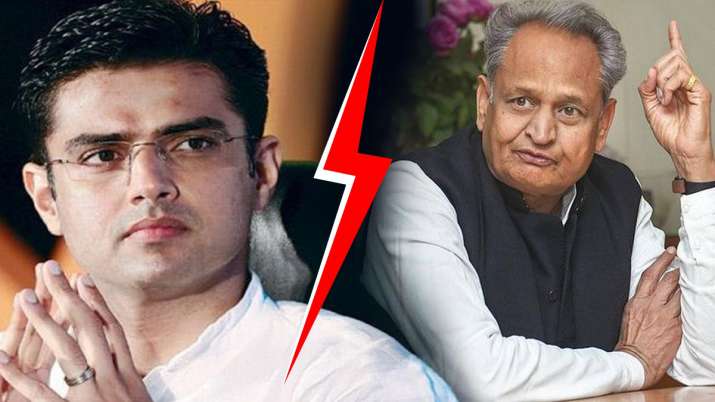 
As the political crisis in Rajasthan deepens, the Congress party scheduled another legislative party meeting at 10 am on Tuesday and invited Sachin Pilot and all the MLAs to attend. “To discuss political situation another Congress Legislative Party (CLP) meet will be held here at 10 am tomorrow. We request Sachin Pilot and all MLAs to come, we will also give them in writing. We have requested them to come and discuss the situation,” said Congress leader Randeep Surjewala in his second press conference on Monday.

Surjewala said that issues within a family must be resolved with the members by sitting together and finding a solution. He said that the party’s doors are always open Sachin Pilot or any other member. “If there are some differences with someone, then they should say that with an open mind. Sonia Gandhi and Rahul Gandhi are ready to listen to everyone and find solution,” he added.

The Rajasthan Congress Legislature Party passed a resolution supporting the Ashok Gehlot-led government in the state.  It also recommended strong disciplinary action against any Congress MLA and office-bearer who “weakens” the party. Party sources claimed that 106 MLAs, both from the Congress and those supporting it, were present in the meeting. Sachin Pilot and some of his loyalists did not attend it. The resolution expressed confidence in the leadership of national party president Sonia Gandhi and Rahul Gandhi.

“The Congress Legislature Party expresses full faith and confidence in the leadership of party president Sonia Gandhi and leader Rahul Gandhi. This meeting unanimously supports the Congress government led by Chief Minister Ashok Gehlot,” the resolution said. It said the CLP condemns all “undemocratic wrongful acts for weakening” the Congress Party and the state government.

Hours after Chief Minister Ashok Gehlot’s show of strength at the CLP meet in Jaipur, sources close to his deputy Sachin Pilot countered the Gehlot government’s claim of having the required numbers and said majority is proven in the Assembly, not at the CM’s house. They also ruled out the possibility of Pilot joining the BJP.

Pilot, who is also the president of the Congress’ Rajasthan unit, had skipped the meeting of the Congress Legislature Party (CLP) at Gehlot’s residence, where the MLAs expressed support for the chief minister. The legislators were then packed in buses and taken to a resort near Jaipur. There was no official word on the number of MLAs who attended the meeting at Gehlot’s home, but party leaders claimed 106 legislators were there.

Pilot has remained incommunicado for the past two days, and some legislators backing him also stayed put in the National Capital Region. He was inactive on social media too, and did not respond to calls or text messages by Congress leaders. His silence, however, fueled speculation in New Delhi over his next course of action.

Earlier today, the Congress MLAs holed themselves up in a resort near Jaipur after a legislature party meeting, where they expressed support for Rajasthan Chief Minister Ashok Gehlot and only indirectly referred to Sachin Pilot, whose rebellion threatens his government. Congress has 107 MLAs in Rajasthan assembly and the Gehlot government is supported by 10 Independent MLAs and two each from the Communist Party of India (Marxist) and the Bharatiya Tribal Party. The BJP has 72 seats in the 200-member Assembly.