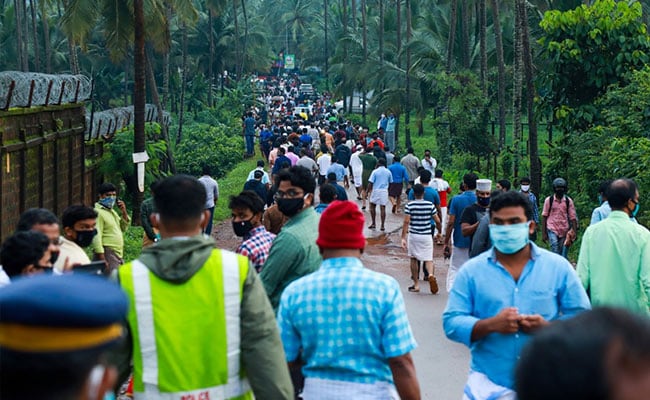 The officials had practised for years for a jet overshooting the “table-top” runway at Kozhikode airport, but local resident Fazal Puthiyakath was not prepared for the “blood and death” of the real thing.

The 32-year-old businessman and his neighbours were first on the scene after an Air India Express plane crashed over the runway down a 10-metre (35-foot) bank and broke in two during a fierce storm late Friday, killing 18 people and injuring more than 120.

Mr Puthiyakath and others rushed out after hearing “a blast-like” roar.

“All that we could hear were screams all around. People were soaked in blood everywhere, some had fractures, some were unconscious,” he told AFP.

The impact was so brutal that the nose of the Boeing 737 finished about 20 metres from the back half of the jet.

The two pilots were killed but rescuers said the death count would have been much higher if the jet had caught fire.

Kozhikode airport is considered a potential hazard because it has a “table-top” runway with a steep bank at either end.

“I have seen the mock trials from a distance — airport authorities conduct it with a crashed dummy aircraft,” said Mr Puthiyakath.

“But this was just something else in reality.”

“You realise that no matter how prepared you are, its completely different on the ground when you actually have blood and death around.”

“Save as many lives as possible”

The special flight was bringing 190 people stranded by the coronavirus pandemic in Gulf countries. Many live in Kerala where the number of virus cases is taking off.

“We didn’t bother about who had COVID or not. All that we had in mind was to save as many lives as possible,” said Mr Puthiyakath.

Despite the shock, he drove one man to a local hospital in his car.

“All I heard throughout the drive was him crying about his wife and child. I can never forget that. I haven’t checked the car but I am sure there are bloodstains on the back seat.”

“Since it was raining, I thought it was probably lightning,” he said. “The plane had skidded off the runway, fallen and split in two. The cockpit was completely rammed into a wall.”

“We saw the pilots but they were still strapped to their seats and there was no gap for us to rescue them.”

Tractors and cranes had to move the debris to free the bodies of Deepak Vasant Sathe, a former Indian Air Force test pilot, and Akhilesh Kumar.

Mr Mukkood said locals volunteered to help rescuers who were overcome by the size of the task.

“I had a child in my arms. She had bits of the debris on her,” he added. “The rain and the darkness only made it worse for us to find people.”

Officials said four of the dead from India’s worst air disaster in a decade were children.