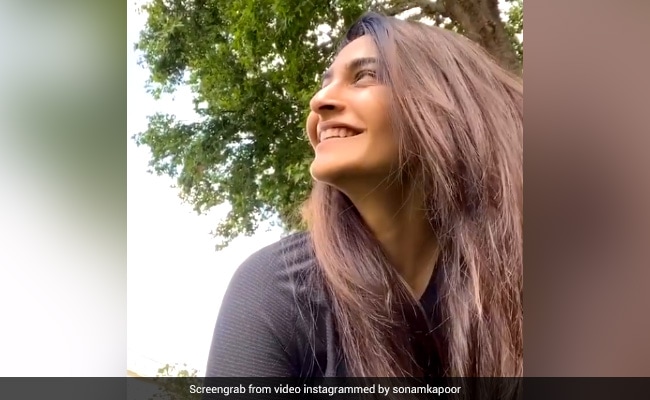 Sonam Kapoor in a still from the video. (courtesy sonamkapoor)

Sonam Kapoor, who recently flew to London along with her husband Anand Ahuja, shared a glimpse of what her happy place looks like. On her Instagram profile, the Neerja actress posted a small video, in which she can be seen smiling with all her heart as she enjoys her me time at a lush green location. The actress captioned the post: “No filter, just amazing natural light. Also chirping birds make me smile.” In the comments section of Sonam’s post, her father Anil Kapoor  wrote: “Missing London,” while Katrina Kaif dropped a heart emoticon.

A few days ago, Sonam Kapoor shared a list of books that she and her family have been reading. She wrote in her post: “It’s been strange, while we all struggle to keep ourselves safe from this virus – my family and I have found refuge in books we thought we’ll never get the time to read. These days what we do is, we share our monthly reads on our family group. I’ll also be putting up a few interesting ones from our Kapoor-Ahuja Quarantine Reads here, hoping you guys get a chance to read them as well.”