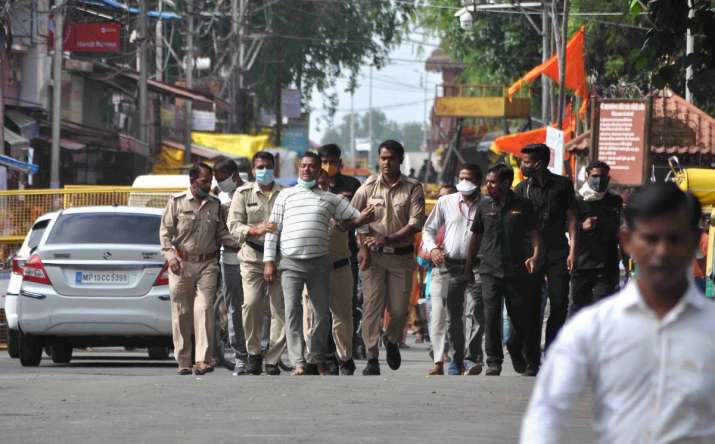 
Vikas Dubey’s aide Ram Singh alias Chhote Lal Yadav was on Sunday arrested by a joint team of the UP Special Task Force (STF) and Kanpur Nagar police, in connection with the deadly ambush on a police team in Bikru village. Yadav (35) was named in the FIR registered for murder, attempt to murder, rioting, voluntarily causing hurt in committing robbery and under the Criminal Law Amendment Act in connection with the incident and there was a bounty of Rs 50,000 on him, the police said.

“The accused was named in the FIR and was directly involved in the attack on the police team. He had a reward of Rs 50,000 on him. With him, we have arrested 20 people in connection with the case so far. Six others have been killed in encounters since July 3 this year,” said Kanpur Nagar SP Rural, Brijesh Kumar Srivastava.

“Yadav has a licensed double-barreled gun which we are trying to find,” said Srivastava, adding that Yadav was a close associate of Dubey, the main accused in the case pertaining to the attack on the police team.

Gangster Dubey was killed in a police encounter on July 11, a day after he was arrested in Ujjain, Madhya Pradesh.

According to the police, Dubey had fired at them from a weapon he snatched from an officer after the vehicle in which he was being taken to Kanpur overturned on the highway.