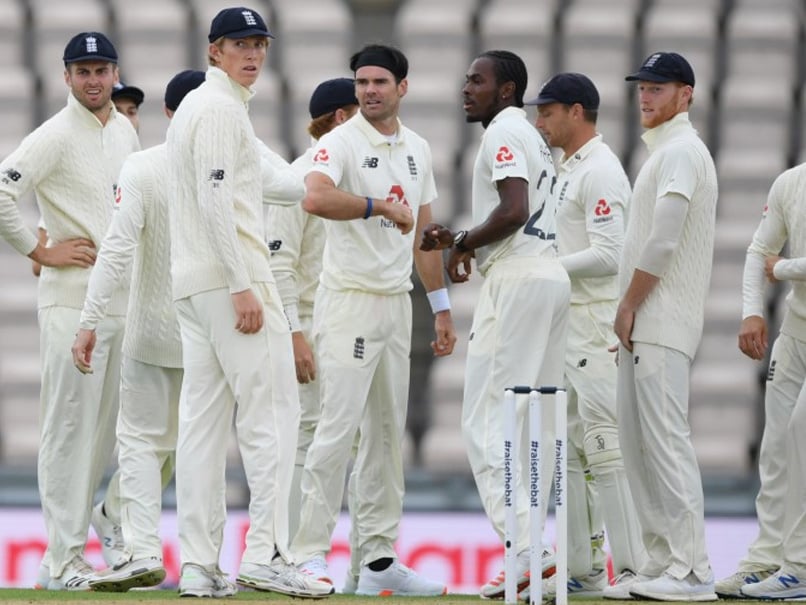 
West Indies captain Jason Holder returned Test-best figures of 6-42 as England slumped to 204 all out on the second day of the series opener at Southampton on Thursday. When bad light forced an early close, West Indies had lost just the one wicket to be 57-1, a deficit of 147 runs. Kraigg Brathwaite was 20 not out and Shai Hope three not out. Holder, the world’s top-ranked all-rounder, surpassed his previous Test-best of 6-59 against Bangladesh at Kingston two years ago, making full use of overcast conditions at the Ageas Bowl. Fast bowler Shannon Gabriel, who did the early damage, took all the other wickets in the innings for impressive figures of 4-62.

Holder’s haul, the sixth time in his past 10 Tests he has taken five or more wickets in an innings, included the prize scalp of opposing captain Ben Stokes, who top-scored with 43 after winning the toss.

“Leading up to this Test, with my ankle (niggle), I probably didn’t get the amount of overs in that I’d have liked to, but I still felt really good,” Holder told Sky Sports.

The towering quick added he had tried to learn lessons from both England spearhead James Anderson and retired Australia great Glenn McGrath.

“Funnily enough, the last tour when we were here, Jimmy was on 499 (Test) wickets — he was bowling to (Devendra) Bishoo and I was next in; he took everything away from Bishoo and so I was waiting for the inswinger and he never showed it.

“I said to myself, ‘if he’s that good and has got these results he’s got over the years, then maybe he must be doing something right.'”

Holder added: “I watched clips of Glenn McGrath as well, because I think our styles are similar. We’re not as quick, so I look at being consistent.”

England could have been dismissed even more cheaply.

Stokes, leading the side in the absence of regular captain Joe Root, missing this match following the birth, was dropped on 14 and 32.

But Holder had Stokes, second in the all-rounder rankings, caught behind as he aimed legside after advancing down the pitch.

West Indies opener John Campbell made two successful challenges before he was lbw to Anderson for 28.

It was the first time in six reviews that English umpires Richard Kettleborough and Richard Illingworth had seen a decision upheld.

That was the only breakthrough that England managed before stumps, even though fast bowlers Archer and Wood, both selected ahead of veteran paceman Stuart Broad, topped speeds of 90 mph.

England resumed on 35-1 after rain-marred international cricket’s return from lockdown on Wednesday when both teams took a knee in support of the Black Lives Matter campaign.

“It meant the world to me,” said Holder. “To see both teams come together in the way they did send a really strong message. It shows the cricket world is unified.”

Holder then got in on the act, dismissing Zak Crawley and Ollie Pope as the West Indies’ joyful shouts echoed round the empty stands that will be a feature of this three-match behind closed doors contest.

West Indies have not won a Test series in England since 1988 but they hold the Wisden Trophy after a 2-1 success in the Caribbean last year.