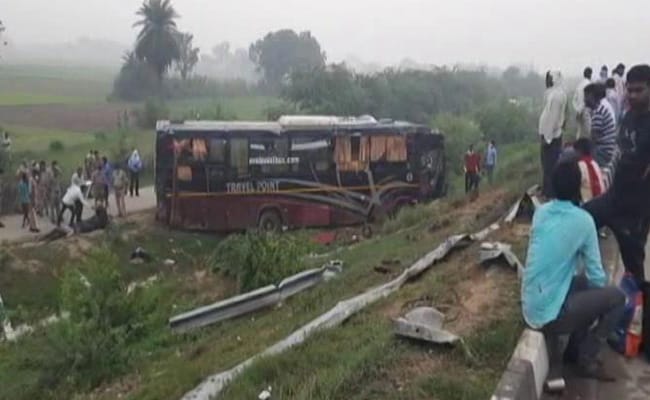 Six people have been killed and 18 have been injured after a bus hit a car.

Six people were killed and 18 injured after a bus hit a car on Uttar Pradesh’s Lucknow-Agra Expressway.

The bus, carrying migrant labourers, was going to Delhi from Bihar’s Darbhanga when the accident occurred around 5 am today, news agency ANI reported.

“The private bus was coming from Darbangha and going to Delhi when it hit a car. Both the vehicles came down from the highway,” police official Amrendra Pratap Singh was quoted as saying by news agency ANI.

“When the information was received, police and other security persons reached the spot. Five people have died and 18 people were injured who are admitted to a hospital,” Mr Singh added.