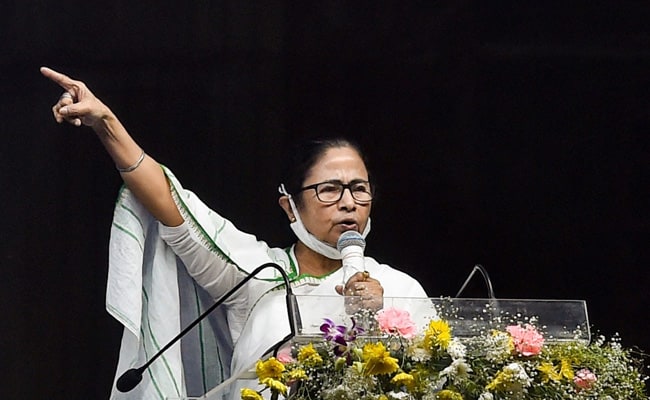 In her first campaign in north Bengal ahead of the assembly election next year, Chief Minister Mamata Banerjee today made a rare reference to Trinamool Congress leaders who appear to be rebelling against the party, attacking them for profiting from the party’s success but failing to remain loyal.

Her attack on the alleged rebels comes on a day her former minister Suvendu Adhikari attacked the Trinamool Congress, without naming any party, for nepotism and its “outsider” campaign against BJP.

Mr Adhikari, a Trinamool Congress MLA from Nandigram, quit as minister on November 27. An official confirmation is awaited, but he may join the BJP later this week, coinciding with Home Minister Amit Shah’s visit to West Bengal.

“We will stand with people and fight with them. That is our promise. Who is bigger than who in the party should not be the issue. After profiting from the party for 10 years, after profiting from being part of the government, to hobnob with this and that party… I will not tolerate such people,” Ms Banerjee said today.

“The workers who are with the party 365 days will have to give the test. If you have made mistakes, rectify yourself. The old and the new workers must work together. Don’t bother about who is bigger, A or B or C. When it is war, the only dream is to win the war. The only aim is to chase the BJP out of Bengal,” Ms Banerjee said.

Mr Adhikari said they need to bring back to West Bengal what the Constitution says – “for the people, by the people and of the people.”

“Why will it be for the party, by the party and of the party here? I don’t believe in personal attacks. Many people are abusing me. Some people are attacking me from big posts. But in a few days, you will know when people go to vote,” Mr Adhikari said.