Professor Randeep Guleria said it was inappropriate that nurses are on strike during a pandemic.

The Director of All India Institute of Medical Sciences (AIIMS), New Delhi, today made an emotional appeal to its 5,000-strong nursing staff which in the afternoon declared an indefinite strike citing 23 long-standing demands, including a salary hike and a freeze on hiring of contractual staff.

“I am very proud of the AIIMS family for the tremendous work done during the COVID-19…the nation is proud. Unfortunately, at this time of pandemic, the nurses’ union has gone on strike,” AIIMS Director Prof Randeep Guleria said in a video message to the AIIMS Nurses Union.

“The nurses’ union had put in 23 demands. Almost all the demands have been met by the AIIMS administration and the government,” Mr Guleria said.

He evoked Florence Nightingale, whose 200th anniversary is being celebrated by the WHO by naming the year 2020 “The International Year Of The Nurse and The Midwife”. “This year we celebrate 200 years of Florence Nightingale, the lady with the lamp, who worked tirelessly. Today we look at the nurses to work tirelessly for those who suffered during the pandemic,” he said.

The striking nurses, however, didn’t seem in a mood to relent. 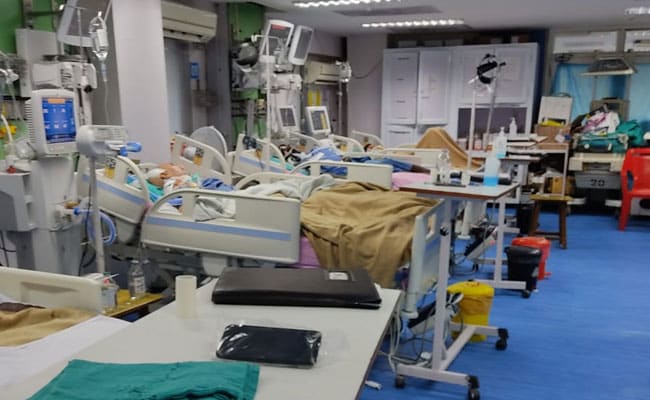 Inside AIIMS New Delhi after the nurses union called for a strike this afternoon.

A spokesperson for the union told NDTV that the nurses had been making these demands for a long time. Last year, the government had reportedly called them to a meeting and assured a solution to their issues, only to procrastinate indefinitely.

“Till recently, we were told our demands were being considered. Key among them were the Sixth Pay Commission’s payouts and the hiring of contractual workers. Now we’ve been informed that interviews were held just today to recruit contractual workers,” Fameer CK, General Secretary of the AIIMS Nurses Union, told NDTV.

“We have utmost respect for Prof Randeep Guleria. But if he claims all our demands have already been met, then what were all the recent assurances about?” he asked. 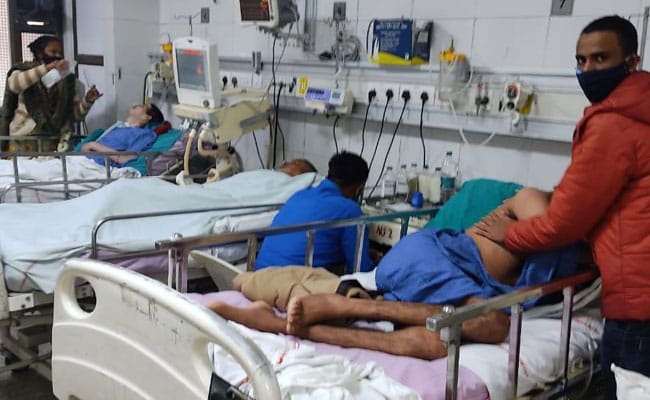 Inside AIIMS New Delhi after the nurses union called for a strike this afternoon.

On his part, the AIIMS director said that multiple meeting have been held with the union, explaining to them their wrong interpretation of the 6th Pay Commission’s recommendations. Nevertheless, he said, the government was willing to consider sympathetically their demands as fresh ones.

“It, however, seems inappropriate that when a country is fighting a pandemic…the nurse union has decided to go on a strike…I appeal to all of you to come back to work and really help get us through,” Professor Guleria said.