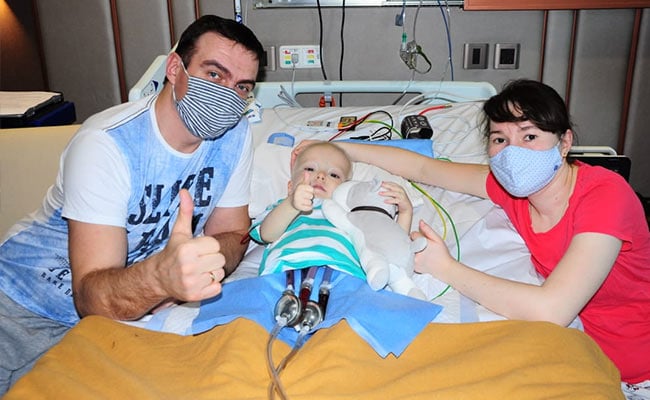 The young boy’s father is a businessman, while his mother is an engineer

In what is believed to be a medical first in South East Asia, doctors at a private hospital in Chennai claim to have successfully performed a complex artificial heart implant procedure, involving two artificial heart pumps known as a ‘Berlin Heart”, on a three-year-old Russian boy.

The procedure – a surgical biventricular heart implant – was done with complete virtual support.

The boy, the hospital has said, suffered from “a heart condition called restrictive cardiomyopathy, wherein the walls of the lower chambers of the heart (called ventricles) are too rigid to expand and receive any blood”.

Surgery became inevitable as his condition had worsened despite two months of medication.

He had already suffered two episodes of cardiac arrest and been resuscitated with manual compressions for several minutes, hence the need for two heart pumps till either a transplant or the recovery of his heart.

The “Berlin Heart” sits outside the body is connected directly to the biological heart.

Amid restrictions in place during the COVID-19 crisis, including on travel and the PPE (personal protective equipment) worn by the small patient, the operation was a huge challenge.

The company that makes the “Berlin Heart” normally sends its doctors for the procedure but with the pandemic ruling that out, experts in Germany and the United Kingdom held virtual support sessions for counterparts in Chennai to prepare them. 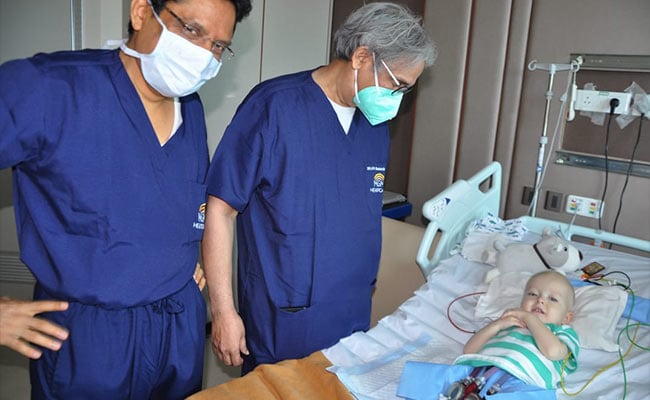 Doctors said the seven-hour surgery, conducted on May 25, also had real-time virtual support from overseas experts.

“The Berlin Heart will support circulation till the heart recovers or he gets a transplant. The child has recovered remarkably well and has gained weight in a very short time. He’s been discharged from the ICU. He’s doing absolutely fine now,” Dr KR Balakrishnan, Chairman and Director of Cardiac Sciences, MGM Healthcare, where the surgery was performed, said.

In fact, the boy, whose father is a businessman and mother an engineer, is now learning Tamil from nurses in the hospital.

“With this kind of support people have managed up to five years. In the case of children, chances are the heart recovers or they get a transplant with which they get a long lease of life; people have had lived even up to 25 years,” Dr Balakrishnan told NDTV.

The “Berlin Heart” costs around Rs 60 lakh and was paid for by the Russian government, according to the hospital.

The cost of the surgery itself was around Rs 30 lakh. This could come down, medical experts believe, as more such surgeries are performed in the country and more doctors become familiar with the technology.

“New-born children with heart failure, or children suffering from severe heart insufficient, don’t really have much of a choice. Waiting times for donor hearts are much too long. Life-saving heart assist devices bridge the time by mechanically supporting the heart function,” Dr Suresh Rao, co-director of the hospital said.