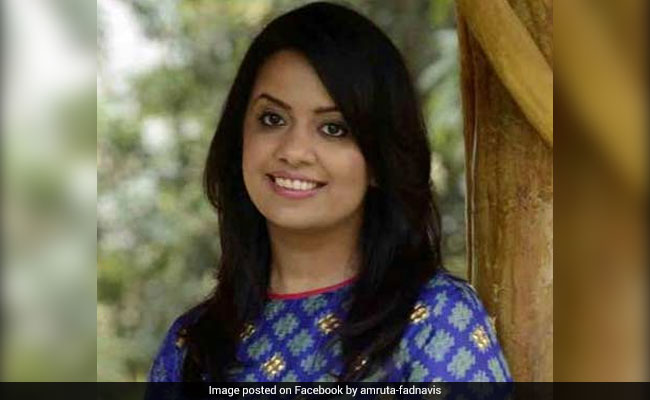 Mr Parab’s comments came a day after Amruta Fadnavis tweeted that Mumbai had lost its “humanity” and was “no more safe to live” looking at the way the metropolis” police was handling the Sushant Singh Rajput case.

Speaking to reporters here, the Transport Minister said Devendra Fadnavis had held the home portfolio when he was chief minister of the state for the last five years.

“The government changed (last year), but the police force remains the same. I think she (Amruta) should leave this state if she has no trust in police personnel who protected her in the last five years and who continue to protect her even now,” he said.

Mr Parab said the BJP used to praise policemen in the last five years, but has changed the tune after losing power.

“Now, if they are feeling unsafe just because they lost power, then the only option left before them is to leave this state,” he said.

The minister said Amruta Fadnavis’ statement underscores “frustration” of the BJP over losing power and there was “100 per cent politics” behind it.