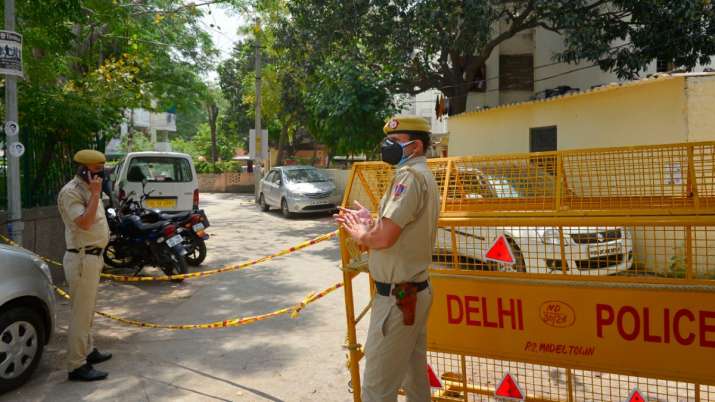 A 12-year-old girl, who was sexually assaulted and found in a pool of blood two nights ago, is battling for life with grievous intestinal and head injuries, doctors said on Thursday as outrage over the case escalated and police finally arrested one person. Late on Thursday night, after a day of protests and anguish expressed by politicians, activists and others, one man was arrested on charges of attempting to murder and sexually assaulting inside her home in Peeragarhi in west Delhi.

The man was identified on the basis of CCTV footage and has previous criminal records, police officials said without disclosing his identity.

The child, whose parents work as labourers in a factory, was beaten and brutalised with a sharp object. She is critical and on oxygen support, said a senior doctor at the All India Institute of Medical Sciences (AIIMS) where she is admitted.

“She has a massive head injury and she is critical. Her rectum and intestines were injured severely by some kind of impalement for which she needed immediate intervention and that is why she was operated upon as soon as she reached the institute,” he said.

Police said the girl, who lives with her parents and elder sister, was found by neighbours in a pool of blood on Tuesday evening. She was alone at the time.

She was first taken to the Sanjay Gandhi Memorial Hospital and later shifted to AIIMS for further treatment.

Given the seriousness of her condition – recalling the horrors of the Nirbhaya rape case — doctors operated on her that night itself.

“During the surgery, her intestines and rectum were repaired and perforations were closed. She also may require neurosurgical intervention. She is disoriented at present and is being closely monitored 24×7,” a senior doctor said.

Delhi Chief Minister Arvind Kejriwal, who visited the hospital, said the “barbaric attack” on the girl had led to injuries that are even hard to even describe. Earlier, in a tweet, he said the brutality inflicted on the girl has “shaken his soul”.

The chief minister said he has spoken to Delhi Police Commissioner S N Shrivastava about the case.

“The toughest punishment will be given to the culprits on behalf of the Delhi government,” Kejriwal said.

The Delhi government will hire the best lawyers for the case and ensure the accused gets the strictest punishment, he said.

“She has suffered serious internal injuries, which are very hard to even describe. She is currently in a state of unconsciousness, and the doctor was telling me that she was in a really bad condition when she was brought to the hospital on Tuesday.

“She has undergone surgery and the doctors are trying their best to save her. It will take around 24-48 hours to know and assess whether she will be out of danger,” the chief minister said.

The injuries on her body were caused by a sharp object, a senior police official added.

The minor was not just sexually assaulted but also hit on her head and her face with a sharp object, he said.

According to a Delhi Commission for Women (DCW) insider, only her father worked initially. However, given the financial crisis in the family following the lockdown, her mother too started working in the same factory. That was probably why she was alone at home.

DCW chairperson Swati Maliwal, who also visited the girl in hospital, said she had multiple fractures and bite marks all over her body.

“She has been so brutally assaulted that every body part has injury marks,” Maliwal said.

The rape of the young girl, highlighting once again the vulnerability of women in India’s national capital, led to outrage all over.

“Finally, now the police has arrested a person. There should be no delay in getting justice for the daughter. May God bless the girl with good health. Rape cannot be allowed to become a common practice in the country,” Maliwal tweeted after the arrest. East Delhi MP and BJP leader Gautam Gambhir also demanded death penalty for the culprit.

“The brutal rape of a 12-yr-old child is absolutely horrific! Those animals deserve nothing less than death. All of us are praying for her and I urge @DelhiPolice to bring the perpetrators to justice at the earliest,” he tweeted.

Delhi Congress worker staged a protest outside AIIMS and also approached Lieutenant Governor Anil Baijal over the law and order situation in the city.

“A shameful case of rape of a 13-year-old girl from Bihar in Peeragarhi area of the national capital has come to light. This incident has again shamed humanity and showed the kind of hatred that exists against women in the society. Those who do it should be hanged,” women’s rights activist Yogita Bhayana tweeted.

According to child rights activist Anant Asthana, the safety of people living alone, be they children, women, elderly or persons with disability is a grave concern and pandemic has definitely increased vulnerability in several ways.

The Delhi Commission for Protection of Child Rights (DCPCR) has issued a notice to the SHO of the Paschim Vihar Police Station.

No entry in Kashi Vishwanath’s sanctum sanctorum on Shivratri