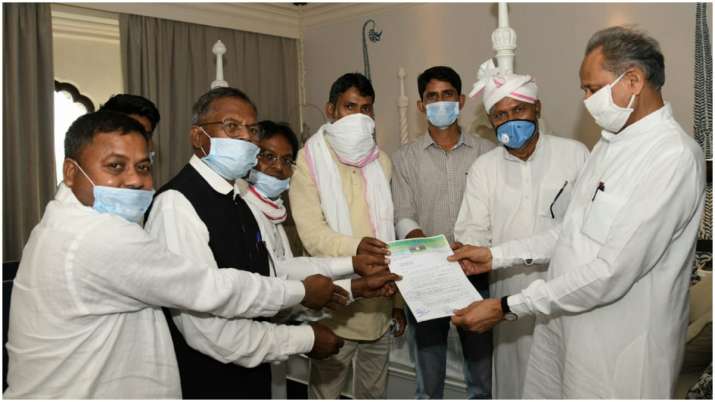 Rajasthan Chief Minister Ashok Gehlot on Saturday, said that he had got support from 2 more MLAs of the Rajasthan Legislative Assembly. Gehlot tweeted to say that MLAs of Bharatiya Tribal Party had announced their support to the government.

“Both MLAs of Bharatiya Tribal Party spoke with their state executive committee members and declared support to the government after discussing their demands,” tweeted Gehlot in Hindi.

Both the MLAs had earlier claimed that they were being kept inside the resort by Ashok Gehlot against their wishes.

On Monday, BTP chief Mahesh Vasava wrote to his MLAs and told them to stay neutral in case of a floor test in the assembly. They were also told to skip the floor test.