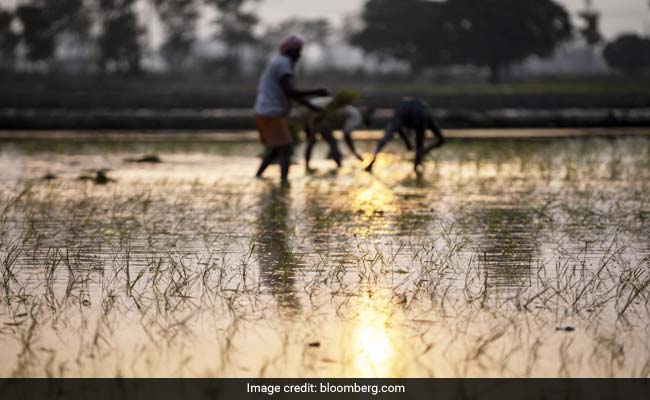 The monsoon shapes the livelihood of millions and influences food prices.

Prime Minister Narendra Modi’s government is banking on a recovery in rural demand to slow the economy’s first contraction in four decades. But capricious rainfall may play spoilsport.

After an impressive start and good rains in June, the monsoon petered out in July, a crucial month for growth of young grain plants and oilseeds such as rice, cotton and soybeans. Economists will be closely monitoring the rainfall pattern in the coming weeks for hints about the future of the rural economy.

Agriculture has been the lone bright spot in the country’s shrinking economy, with the government as well as the central bank betting on rural demand to lift growth after recovering tractor sales pointed to a consumption revival. Any setback to the farm sector, which is dependent on monsoon rains to water more than half of the fields, may hamper an economic recovery.

“The spatial and geographical distribution is very important. When you look at some of these areas the situation is slightly worrying,” said Devendra Kumar Pant, chief economist at India Ratings and Research, the local unit of Fitch Ratings Ltd. “We need to see whether the gap will be covered or not.”

About a fifth of the area in the country has received deficient monsoon rains since June, around half has got normal showers, while the rest have seen excess downpours. July, the wettest month, ended with a 10% deficit, which is potentially bad for crops.

Rains in the north-western region, including states of Uttar Pradesh, Punjab and Haryana, have been 20% below normal so far this season, according to the India Meteorological Department. The central region got 7% less than normal rain, the eastern and north-eastern belt saw 10% more than average showers, while the southern peninsula witnessed 14% more than normal rainfall. India mainly grows rice, cotton, corn, sugar cane and oilseeds in the rainy season.

The timely onset of the June-September monsoon, however, has helped reservoirs accumulate more water. The weather office is predicting normal rains in August and September, but economists and farmers are keeping a close eye on the monsoon’s behavior across the country.

“We are monitoring three things closely — the spatial distribution of rainfall, the pace of sowing, and reservoir levels,” said Rahul Bajoria, an economist with Barclays Bank Plc. in Mumbai. “Places which are not getting much rainfall are canal fed. So we have to watch carefully water reservoir levels, which are still quite good.” Rains this month will be critical as this will have a significant bearing on crop output, he said.

The monsoon shapes the livelihood of millions and influences food prices. Insufficient rain in the country, the second-biggest producer of rice and wheat, often leads to drinking water shortages, lower crop output and higher imports of commodities such as edible oils.

Dilip Patidar, who has sown soybeans, peanuts, black lentils and corn in 6 hectares (14.8 acres) of land in the central state of Madhya Pradesh, is desperately waiting for rains to save his crops.

“My crops are at risk due to lack of irrigation as we haven’t got good rain in the last 43 days,” Patidar said by phone. “Immediate rain is needed to save crops that are drying.”