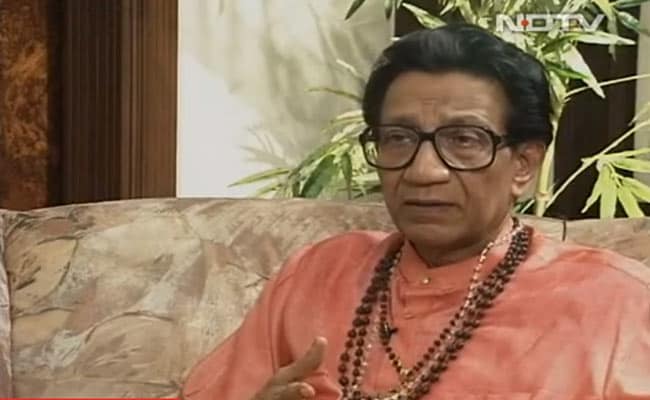 The Shiv Sena said the ‘bhoomi pujan’ performed for Ram temple construction at Ayodhya today “fulfils” the dream of its founder Bal Thackeray, while the party’s ruling ally in Maharashtra NCP termed the development as a “matter of joy”.

Prime Minister Narendra Modi performed the ground-breaking ceremony in Ayodhya for a temple at the spot where many devout Hindus believe Lord Ram was born.

The Shiv Sena, an former ally of the BJP, which has been a strong supporter of the Ram Janmabhoomi movement, congratulated the people of the country over the long-awaited foundation stone laying ceremony for the grand temple.

The NCP, one of the constituents in the Sena-led Maha Vikas Aghadi government, said the ceremony is a “matter of joy” for all and that Lord Ram is the deity of Indians.

“The ‘bhoomi pujan’ of Lord Ram’s temple which is the source of faith of all Hindus was held today. This is the day of fulfillment of the dream of Hinduhridaysamrat Shiv Sena chief venerable Balasaheb Thackeray and a joyous moment for all of us,” the Sena said.

The late Sena patriarch, termed by party followers as “Hinduhridaysamrat” (Emperor of Hindu hearts), was a strong proponent of the Ram temple.

The graphic also depicts a temple and carries the text “Shree Ram” and “garv se kaho hum Hindu hai (say with pride that we are Hindus)”.

Earlier in the day, state NCP chief and minister Jayant Patil said he always worships at the temple of Lord Ram in his constituency in Sangli district.

“Today ‘bhoomi pujan’ of Ram temple construction was performed in Ayodhya. It is a matter of joy for all of us. We always worship with devotion in Lord Ram’s temple built in my constituency,” he said.