WhatsApp Pink is in circulation as a malicious app that could steal your data once installed and allow hackers to gain access to your phone. A message has been sent to some users that contains a link and pretends to provide the existing WhatsApp experience in a pink colour and bring new features. However, instead of bringing any changes to the original WhatsApp installation, the link leads to a page with an option to download the malicious WhatsApp Pink app on their phones. The app notably neither has any relation with WhatsApp nor with Facebook.

Cybersecurity researcher Rajshekhar Rajaharia has posted a tweet to inform about the circulation of WhatsApp Pink. He has also provided a couple of screenshots showing how the malicious app imitates the interface of WhatsApp to prey users. 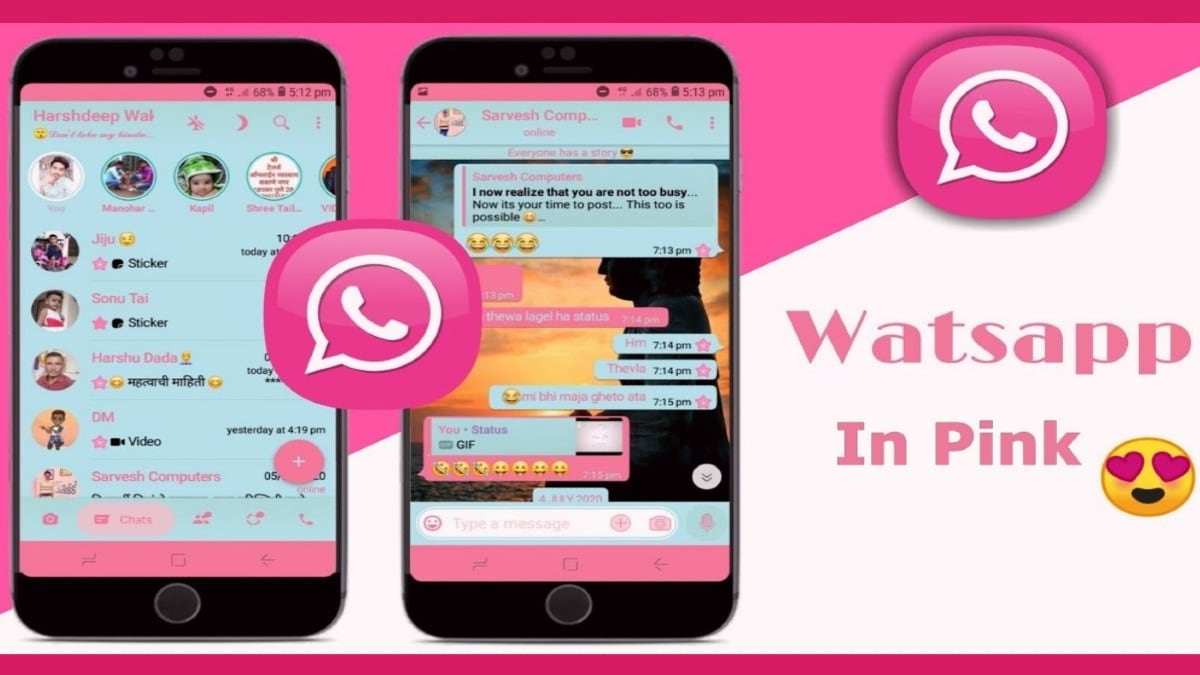 WhatsApp Pink is nothing but a sham
Photo Credit: Twitter/ Rajshekhar Rajaharia

“Once installed, the fake WhatsApp app starts circulating a message that contains the link for its downloading. The aim of the hacker appears to collect user data of as many users as possible,” Rajaharia told Gadgets 360.

He added by saying that WhatsApp Pink had largely been targeted at the police and media persons. A link to download the app was initially sent to the police officers in Delhi and Rajasthan.

Rajaharia was informed about WhatsApp Pink by Delhi Police inspector Data Ram Yadav, who spotted the circulation of its message in one of the police groups on WhatsApp.

The bad actors circulating the message about WhatsApp Pink appear to have used different links. But nonetheless, users are recommended to not open any such links that are claimed to bring any new look or features to WhatsApp.

“Anyone can get an unusual, uncharacteristic or suspicious message on any service, including email, and anytime that happens we strongly encourage everyone to use caution before responding or engaging,” WhatsApp said in a prepared statement sent to Gadgets 360. “On WhatsApp in particular, we also recommend that people use the tools that we provide within the app to send us a report, report a contact or block contact.”

This isn’t the first time when a fake WhatsApp version has been in circulation. In the past, users were attacked by a WhatsApp Gold variant that was also created by some hackers to maliciously gain user data.

Does WhatsApp’s new privacy policy spell the end for your privacy? We discussed this on Orbital, the Gadgets 360 podcast. Orbital is available on Apple Podcasts, Google Podcasts, Spotify, and wherever you get your podcasts.


Jagmeet Singh writes about consumer technology for Gadgets 360, out of New Delhi. Jagmeet is a senior reporter for Gadgets 360, and has frequently written about apps, computer security, Internet services, and telecom developments. Jagmeet is available on Twitter at @JagmeetS13 or Email at [email protected] Please send in your leads and tips.
More