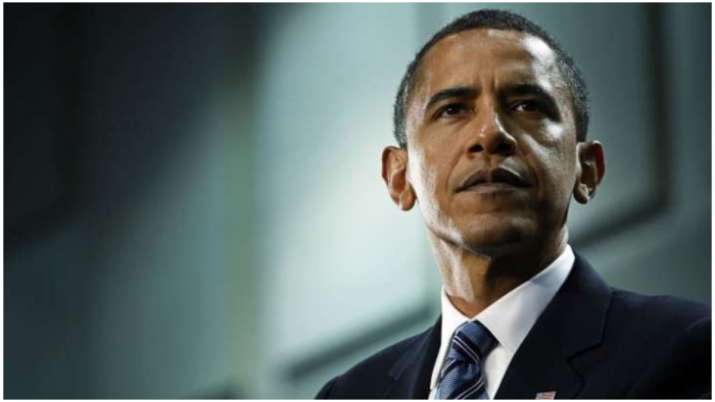 Harris, whose father is from Jamaica and mother an Indian, is currently the US Senator from California.

“Choosing a vice president is the first important decision a president makes. When you’re in the Oval Office, weighing the toughest issues, and the choice you make will affect the lives and livelihoods of the entire country — you need someone with you who’s got the judgment and the character to make the right call,” Obama said in a statement.

Obama, who served in the White House with Biden for two terms, said the former vice president “nailed this decision” and by choosing Harris he “underscored his own judgment and character” — attributes that are “requirements of the job” of president.

Obama said that he has known Harris for a long time. “She is more than prepared for the job. She’s spent her career defending our Constitution and fighting for folks who need a fair shake,” he said.

Harris is the first Black woman and the first South Asian woman to be picked as a vice presidential candidate for a major party in the US. Prior to being a Senator, she served as California’s attorney general and was the district attorney in San Francisco.

She herself was a presidential aspirant until last year before she dropped out of the race because of lack of popular support.

“Her own life story is one that I and so many others can see ourselves in: a story that says that no matter where you come from, what you look like, how you worship, or who you love, there’s a place for you here. It’s a fundamentally American perspective, one that’s led us out of the hardest times before. And it’s a perspective we can all rally behind right now,” Obama said.

Former Secretary of State and 2016 Democratic presidential candidate Hillary Clinton said she is thrilled to welcome Harris to a historic Democratic ticket.

“She’s already proven herself to be an incredible public servant and leader. And I know she’ll be a strong partner to Biden,” Clinton said.

US House Speaker Nancy Pelosi said Harris as the Democratic nominee for vice president “marks an historic and proud milestone” for the US.

“As vice president, Senator Harris will continue her legacy of trailblazing leadership to move our nation forward,” she said.

Indian-origin senatorial candidate from Maine, Sara Gideon said she is thrilled that Harris “will make history as our next vice president”.

“She’s the leader we need to fight for families in Maine and across the country. Together, she and Joe Biden will move us into a better and stronger future. Now let’s defeat Trump and flip the Senate,” Gideon said.

Former national security advisor Susan Rice said she is confident that the Biden-Harris combination will prove to be a winning ticket.

“I will do my utmost to help them win and govern,” Rice, who was herself a contender, tweeted.

Democratic Congressman Steny Hoyer said Harris is an outstanding choice to be the next vice president of the United States.

“An accomplished leader in our party and devoted public servant for our nation, Senator Harris will be an excellent partner for Joe Biden as he gets to work restoring the soul and character of America, addressing the most pressing national challenges like COVID-19 and its economic impact, and cleaning up the mess that Donald Trump and his associates have made in Washington,” he said.

“She is ready to serve and ready to make history as the first woman, first Black American, and first South Asian American to ascend to the vice presidency of our country,” Hoyer said.