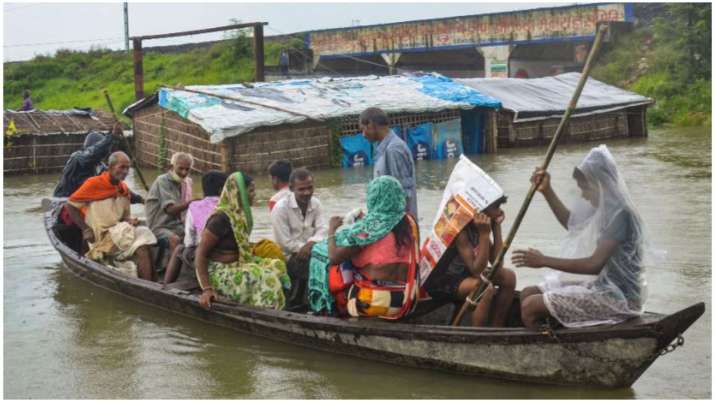 Bihar is in the clutches of floods. Discharge of excess water from Valmikinagar barrage in West Champaran district on Tuesday led to flooding in many parts. The floods have hit nearly 4 lakh people in eight districts.

No loss of human life or cattle has been reported in the disaster management department bulletin.

Reason behind the floods:

The water released from the barrage will flow into Ganga near Hajipur soon. This will further increase water level in the river.

Several rivers such as Baghmati, Kamlabalan, Burhi Gandak, Mahananda, Khiroi, Lalbakeya and Adhwara are flowing above the danger level. The Ganges is flowing below the danger mark at all locations including two locations in Patna.

While Baghmati is flowing above the danger mark at four places in Sitamarhi district, at Benibad in Muzaffarpur and at Hayaghat in Darbhanga district, disaster management department bulletin said. 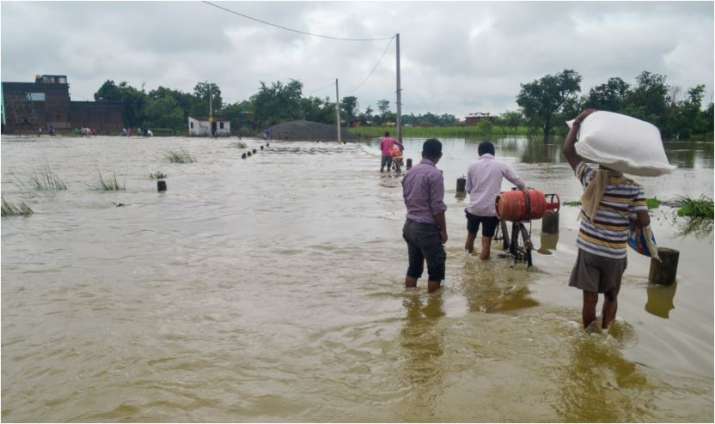 What does the government say?

“All the embankments are safe and there is no breach in any of them so far,” Water Resources Department Minister Sanjay Kumar Jha told PTI. He was speaking about Ganga.

He said officials have been deployed every two km of the major embankments to ensure there safety. They have been provided pipes and other items to plug seepage.

On Monday, Chief Minister Nitish Kumar asked the disaster management department and district magistrates to remain alert in view of heavy rainfall in the catchment areas. He directed them to ensure people are moved to safer grounds.

He also ordered officials to set up separate disaster relief centres for people moved out of containment zones. He asked them to ensure people maintain social distance and wear masks at relief centres.

The National Disaster Response Force as well as the SDRF have been sent to affected districts to assist the local administration in relief and rescue operation.

A total of 13,585 people have been moved to safer places and 1,075 are staying at five relief camps, the official bulletin said, adding 29,824 people have been served cooked food through 45 community kitchens.

A total of 16 NDRF teams, each comprising around 35 personnel, have been deployed in different districts, Commandant of the 9th Battalion Vijay Sinha told PTI.

He said three teams have been sent to Gopalganj, two each have been deployed in Chapra, Bettiah and Motihari. One team each is working in Muzaffarpur, Madhubani, Darbhanga, Araria, Supaul, Kishanganj and Katihar, he said.

Each team has been provided 4-6 boats and at least two deep divers, he added.

The eight districts which have been affected by flood waters are Sitamarhi, Sheohar, Supaul, Kishanganj, Darbhanga, Muzaffarpur, Gopalganj and East Champaran.