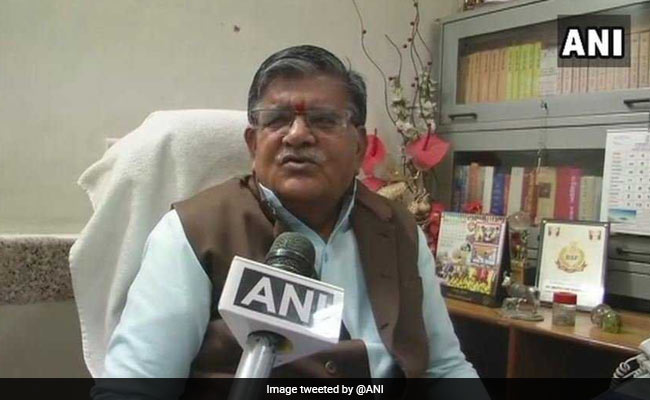 With Rajasthan Congress MLAs protesting against Governor Kalraj Mishra at the Raj Bhawan, the BJP on Thursday urged the Centre to deploy the Central Reserve Police Force (CRPF) to protect the sanctity of the “constitutional post”.

It said that the protesting MLAs must be “driven out” of Raj Bhawan.

Speaking to media persons, state BJP leader Gulab Chand Kataria said, “I urge the central government to not leave the law and order in the hands of the Rajasthan Police and deploy CRPF here so that the sanctity of this constitutional post is upheld.”

“The manner in which you protested at Raj Bhavan and the kind of slogans which were raised, I think no other CM can do something as condemnable as this. The nation and legal experts should look into the CM’s statement that people will do “gherao” of Raj Bhawan,” he added.

Earlier in the day, the Congress MLAs supporting CM Ashok Gehlot raised slogans at the Raj Bhawan after alleged reports that the governor had denied convening the state Assembly session due to the COVID-19 pandemic.

“If media reports are true about Governor saying that state Assembly session can’t be conducted due to COVID-19, then we are ready to conduct COVID-19 tests of 200 MLAs,” Raghu Sharma, Rajasthan Minister and Congress leader said.

On Friday, Mr Gehlot had met the Governor to discuss convening the state Assembly at the earliest.

“I am sure that Governor will not come under any pressure, he will make a decision. We hope the Assembly session begins soon. So we are sitting here in protest. After he gives us a letter we will decide the further course of action,” he said later while speaking to the media.