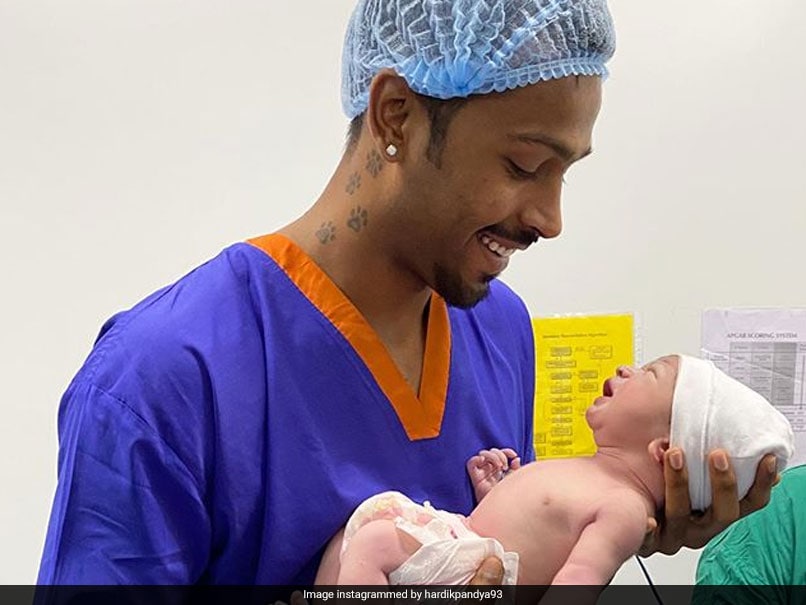 
Hardik Pandya on Saturday took to Instagram and gave his fans a glimpse of his newborn son, calling him a “blessing from god”. On Thursday, the Indian all-rounder took to social media to break the news that his partner had given birth to a baby boy. At the time, Pandya had posted a picture of him holding his son’s hand but the baby’s face was not visible. On Saturday, the Indian cricketer posted a picture of him holding his newborn, in what seems a delivery room, sporting a massive grin on his face.

The post instantly went viral with fans coming in numbers to congratulate Pandya. Within an hour, the post had over 600,000 ‘likes’.


The Indian all-rounder seems to be enjoying his dad duties. He had shared a picture on his Instagram story on Friday, shopping for his newborn.

In the picture, Hardik was seen sitting in the driver’s seat, with baby diapers lying on the back seat of his car.

Tagging his partner Natasa Stankovic in the post, Hardik wrote: “Baby’s diapers are on the way”.

Hardik and Natasa Stankovic, who announced their engagement on January 1, had revealed in May that they were expecting a baby.

Since then the couple has been sharing loved-up posts for each other on social media and recently they even shared the pictures of their gorgeous maternity shoot.

On the cricketing front, Hardik Pandya has not been seen in action since September 2019 due to injury. He was expected to make his comeback in the ODI series against South Africa but it was postponed due to the coronavirus pandemic.

Pandya, in all likelihood, will be seen donning the Mumbai Indian jersey later this year with IPL 2020 set to take place in the UAE.