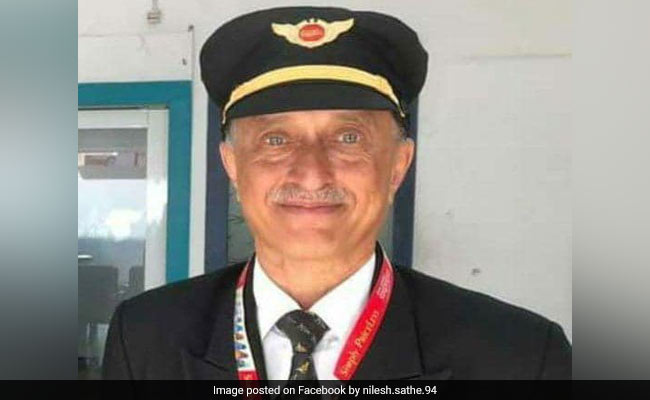 The bodies of the pilot and co-pilot of the Air India Express (AIE) flight that crashed while attempting to land at the Karipur airport in Kerala’s Kozhikode, were handed over to their families on Saturday.

The relatives came with the airline officials and the remains were taken to Ernakulam to be taken to their respective native places, Malappuram District Collector K Gopalakrishnan told PTI.

“The bodies have been handed over to their families who came with AIE officials around 5 pm and as I understand they have moved to Cochin for onward journey to their respective destinations,” Mr Gopalakrishnan, who coordinated the rescue operations, said.

Captain Deepak Vasanth Sathe and First Officer Akilesh Kumar, were in command of the aircraft.

Kozhikode district collector S Sambasiva Rao told PTI that the bodies were embalmed after conducting post-mortem at the Medical College hospital in Kozhikode and were handed over to the families by evening.

An alumnus of the National Defence Academy, Captain Sathe was a Wing Commander in the Indian Air Force before he joined commercial aircraft flying.

A resident of Mumbai’s Powai, Captain Sathe is survived by his wife and two sons.

A native of Mathura in Uttar Pradesh, Akilesh Kumar is survived by his wife Megha whom he married in 2017.

He is also survived by two younger brothers, sister and his parents.