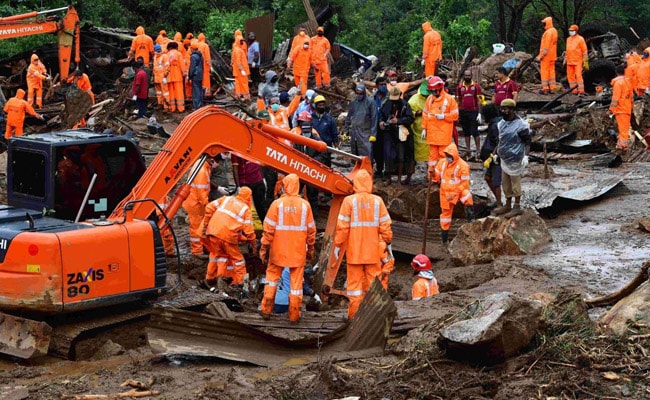 The death count in the massive landslide in Kerala’s Idukki district has increased to 43 after 17 bodies were recovered today, including that of a six-month-old baby, an official said on Sunday.

Two National Disaster Response Force (NDRF) teams, a full unit of Idukki Fire and Rescue team, a team each from Kottayam, Thiruvananthapuram, and a team which received special training are leading the rescue operations in Idukki’s Rajamala, informed the DIO on Sunday.

105 members of Kerala Armed Police, 21 members of local police, and 10 members of Rapid Action Force (RAF) are also present at the spot of the landslide, it said.

On Friday, Kerala Chief Minister Pinarayi Vijayan had announced Rs 5 lakh compensation to the each families of the victims.

Prime Minister Narendra Modi had also condoled the victims of the landslide and announced an Rs 2 lakhs from Prime Minister’s National Relief Fund (PMNRF) to the families of the victims.

Heavy rain in several parts of Kerala has triggered floods and landslides which have devastated the region over the past few days.

Two Co-Accused In Munawar Faruqui Case Walk Out Of Jail