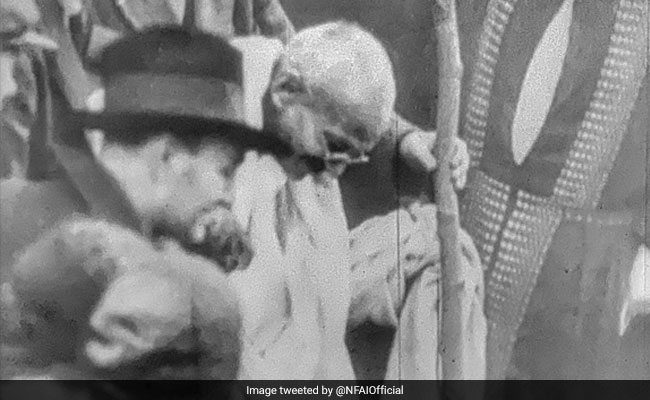 UK confirmed that the commemorative coin for Mahatma Gandhi has been in the works since October 2019.

Campaigners in the UK on Tuesday sought to clarify confusion arising out of recent reports of Mahatma Gandhi being featured on a future commemorative coin being mistakenly associated with a separate drive for ethnic minority representation on British legal tender.

The UK’s Treasury department confirmed that the commemorative coin for Mahatma Gandhi has been in the works since October 2019, when former Chancellor Sajid Javid proposed it to mark the 150th birth anniversary year of the Father of the Indian nation. However, this is unrelated to a separate campaign for wider ethnic minority representation on Britain’s legal tender coinage.

“Legal tender is supposed to honour people who contributed to British society, culture or economy, never a universal figure. So, to give an example, when we had Churchill for the GBP 5, you did not also have suggestions for global leaders such as JFK or Mandela. We have waited 400 years for ethnic minority representation on legal tender,” said Zehra Zaidi, who leads the “We Too Built Britain” campaign, which received the backing of UK Chancellor of the Exchequer Rishi Sunak over the weekend.

“I know Zehra Zaidi, Patrick Vernon and many others have been campaigning for years for the BAME (black, Asian and minority ethnic) people who built Britain to be recognised on legal tender,” said Sunak, as he revealed that he had written to the Royal Mint to consider how to celebrate ethnic minority contributions on UK coinage.

Zaidi points out that while a coin commemorating Mahatma Gandhi remains under consideration by the Royal Mint, Sunak’s letter related specifically to their campaign for a “Service to the Nation” set of coins to honour British historical figures. And, their campaign is now firmly gaining ground around honouring a female military conflict related heroine, with Indian-origin British spy Noor Inayat Khan and British Jamaican Crimean War heroine Mary Seacole among the frontrunners since Sunak” formal intervention last week.

“For our campaign, the focus is very much around uniting figures from British history. Unity now is more important than ever, especially given some of the divisions we see online, the divisions we have faced post Brexit. Let’s move forward, positively, acknowledging all our contributions,” said Zaidi, an Indian-origin activist and politician.
With Sunak writing to Lord William Waldegrave, the chair of the Royal Mint Advisory Committee (RMAC), in his capacity as Master of the Mint, the task of drawing up the shortlist for such legal tender coinage now falls on the Sub-Committee on Themes.

“We are pleased to be working with HM (Her Majesty’s) Treasury and The Royal Mint Advisory Committee to develop themes which celebrate the diversity of modern Britain. We look forward to sharing more in due course,” a Royal Mint spokesperson said.

Others have also sought to rectify another misplaced notion that Mahatma Gandhi will be the first ethnic minority figure to be recognised on a special coin in the UK.

“It is not quite the case that no ethnic minority face has ever featured on British coinage. For example, the first black British army officer Walter Tull featured on a special GBP 5 coin, part of a limited edition First World War centenary set in sterling silver and 22 carat gold, for the First World War Centenary. But no ethnic minority Briton has featured on legal tender, or on the notes or coins that any of us might spend at the shops,” explains Sunder Katwala, Director of the integration think tank British Future.