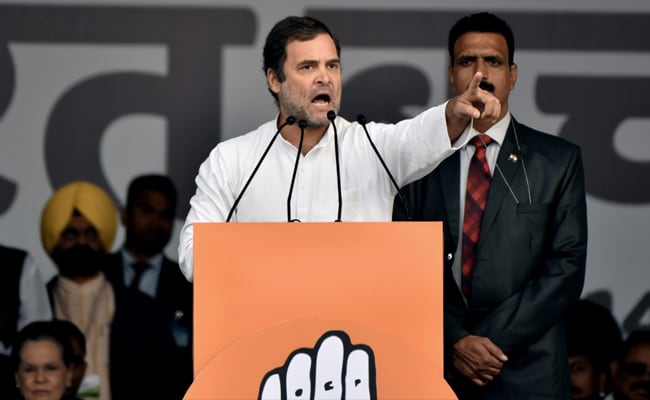 Congress will start its poll campaign for the Bihar Assembly election with party leader Rahul Gandhi addressing a virtual “rally” on Thursday which will be attended by party workers in different blocks of the state and office-bearers.

Issues such as loss due to floods in the state, coronavirus crisis and poll preparedness will be discussed in the meeting.

Mr Gandhi had earlier virtually interacted with party leaders on Bihar elections. Following the interaction, party leaders had held a meeting with alliance partners in the state.

Sources said no seat-sharing formula has been finalised yet.

The Election Commission has not taken a final call on poll dates in Bihar and had sought suggestions from political parties.

Assembly polls in Bihar are due later this year. In 2015 Assembly polls, Congress fought in alliance with Janata Dal-United and Rashtriya Janata Dal (RJD) as part of ”mahagathbandhan”.

The JD-U later went back to NDA.