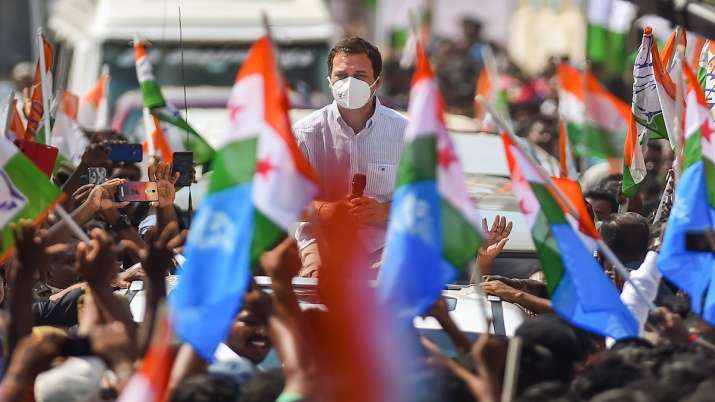 
The Congress is yet to release the list of its star campaigners for the assembly polls in which Rahul Gandhi and his sister Priyanka are likely to be included. All eyes will be on the names of the leaders led by Ghulam Nabi Azad whose Rajya Sabha term ended recently.

Besides, if leaders like Manish Tewari, Anand Sharma, Kapil Sibal, Bhupinder Singh Hooda make it into the list of the Congress’ star campaigners, it would imply that the party has tried to make peace with the group.

Veerappa Moily has been asked to look after the management of the Tamil Nadu election while Prithviraj Chavan has been made Assam screening committee Chairman. Others like Jitin Prasada have been accommodated in the organisation. Sources within the camp said that they have not refused any campaign or task given to them.

Anand Sharma, the most vocal in the group, has already said that they will campaign for the party but now the party has to decide on the list.

One of the state in-charges in the poll-bound states said on the condition of anonymity that the request for the campaigners comes from the state unit as demanded by the district units and the candidates as per local equations.

The recent trend has been a demand for Rahul Gandhi and Priyanka Gandhi but since they cannot go everywhere, other leaders will be sent accordingly.

The Congress has high stakes in Assam, Puducherry and Kerala, where it is contesting against the BJP and Left respectively.

In Tamil Nadu, the Congress is likely to go in alliance with the DMK but there is still no clarity on a seat-sharing agreement.

In West Bengal, where a high-pitched battle is on between the BJP and the ruling TMC, the Congress is trying to make the battle triangular.

Rahul Gandhi has visited Assam, Puducherry, Tamil Nadu and Kerala while Priyanka Gandhi has been in Assam for two days.

However, the situation is not normal since August 2020 when 23 leaders chose to write a letter to party president Sonia Gandhi asking for sweeping reforms. Since then many rounds of meetings have taken place with the latest in January when the CWC decided to conduct elections for the President’s post but the situation has not normalised.