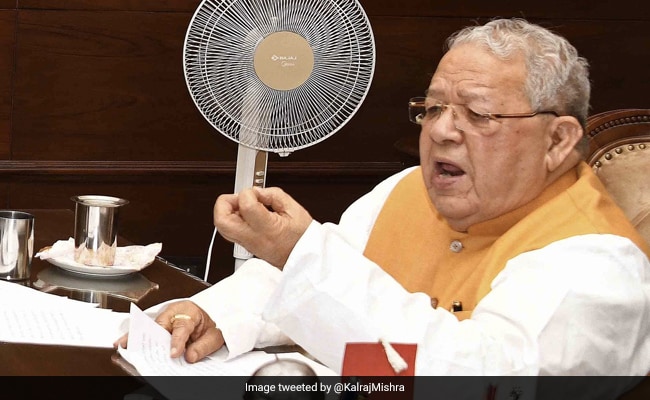 “The Constitution is supreme for me,” Rajasthan Governor Kalraj Mishra said on Thursday, and refuted allegations that he had acted under the Central government’s pressure in the political tussle.

The Governor also asked the Gehlot government to make all efforts to check the spread of coronavirus and focus on development work in the state.

In an interview to PTI, Mr Mishra, who on Wednesday agreed with the state Cabinet’s proposal to call an assembly session from August 14, said he has always directed the state government to follow constitutional provisions in sending its request for convening a session.

He had asked the state Cabinet to follow the 21-day notice requirement to call a session while turning down its earlier three proposals before finally agreeing to call the session.

“The Constitution is supreme for a governor. There is no pressure on me,” he said when asked about the Congress’ charge against him.

Mr Mishra, who was one of the senior most BJP leaders and a former union minister before being made governor, also expressed his anguish at the protests by Congress legislators inside Raj Bhawan, saying this was not an “appropriate” behavior against somebody holding a constitutional post.

He also rejected any comparison between the protests by Congress MLAs and the one by BJP lawmakers, including him, in Uttar Pradesh in 1995 against then state governor, saying UP agitation was held outside Raj Bhawan and it did not violate any decorum.

The BJP MLAs had then protested against the infamous ‘guest house” incident in which BSP supremo Mayawati was allegedly attacked by some people at the behest of Samajwadi Party leadership.

Asked about his expectations from the Rajasthan government, Mr Mishra said it should speed up development work and work out a strategy to curb the spread of COVID-19.