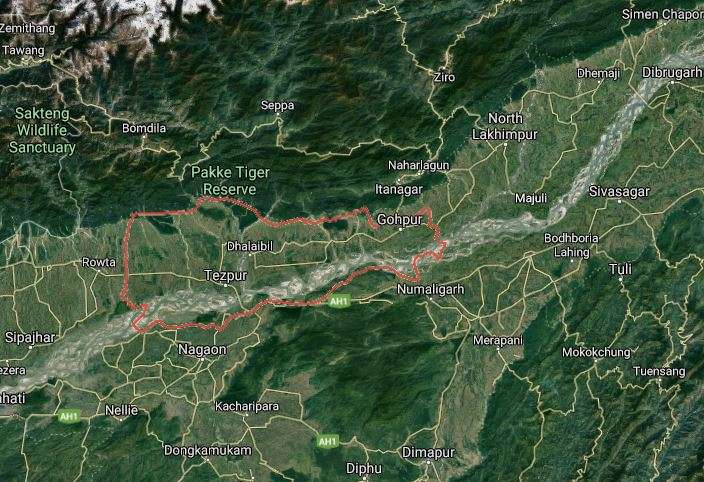 Curfew has been imposed in Assam’s Sonitpur district following communal clashes which led to a few people getting injured. District Magistrate Mannvendra Pratap has reportedly said that the areas under Thelapara and Dhekiajuli police stations in view of the ‘grave law and order situation due to present scenario at village Goruduba and Bharahingori’.

The clashes reportedly broke out after members of Bajrang Dal took out a bike rally in the evening to celebrate the Ram Mandir Bhoomi Pujan that took place in Ayodhya during the day.

The Army, early today, conducted a flag march in the troubled areas.

An indefinite curfew has been clamped in areas under the jurisdictions of Thelamara and Dhekiajuli police stations in the district.

“We have already detained two persons for questioning. There was no report of any untoward incident since last night. The situation is fully under control,” he said.

Curfew imposed in Sonitpur district in areas falling under Thelamara and Dhekiajuli PS.

Movement of individuals without special permission from the District Magistrate shall not be permitted w.e.f. 10:00 PM of August 5, 2020 pic.twitter.com/pMvvWbfaAt

Mahata also said around 10 people from both sides suffered injuries. The Bajrang Dal, however, claimed at least 12 of its activists were injured.

Meanwhile, sources said Additional Director General of Police (Law and Order), Gyanendra Pratap Singh, has been asked to visit the disturbed areas to assess the situation and he is already on his way.

Sonitpur Superintendent of Police, Mugdhajyoti Dev Mahanta, has also been camping at the spot since Wednesday evening.

The clashes broke out when the bike-borne activists were on their to a temple at Bhora Singori, playing loud music and mouthing slogans.

A senior official said locals objected to the booming music and questioned the presence of such a large gathering amid the COVID-19 pandemic, leading to strife. Sonitpur District Deputy Commissioner Manvendra Pratap Singh’s vehicle was vandalised when he reached the spot shortly after the incident, the official said.

“To control the situation, which turned into a communal clash, police first lathicharged and then fired in the air. Additional forces were deployed after many bikes and other vehicles were torched… The activists did not have any permission for the procession,” Singh had said on Wednesday.