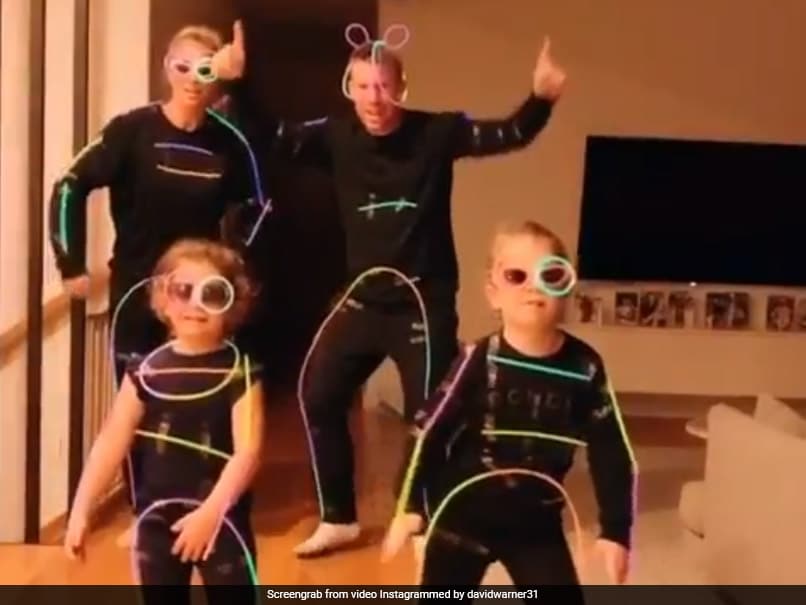 David Warner has been busting moves, accompanied by his wife and sometimes his daughters, and the videos have been shared pretty much on a daily basis on his Instagram account. It all started last month when Warner announced his arrival on TikTok, seeking his fans help. He soon became a massive hit when he and his daughter Indi danced to Katrina Kaif’s ‘Sheila ki Jawani’. Since that day, it has been hard to stop the Australian opener, something that bowlers often say after being smacked around on a cricket field. On Tuesday, Warner had another treat for his fans as he and his family performed a “glow in the dark” dance, shaking to the beats of Guru Randhawa’s ‘SLOWLY SLOWLY’ that also features international pop star Pitbull.

This time, though, after much coercing from his Australian teammates and fans, Warner did admit that “we have lost it now”.


Not too long back Warner’s former teammate Mitchell Johnson had brutally trolled him after watching one of his many TikTok videos.

“I would say you’ve officially lost it but not sure you ever had it Bull,” Johnson had commented on a video which showed Warner ‘pumping up the jam’ — if one can call it that.


Australian pacer Pat Cummins, who is the number one-ranked Test bowler in the world, wasn’t too impressed by Warner’s antics either.

During a chat on KKR’s Twitter handle, when asked about Warner’s TikTok videos, Pat Cummins, said “you are enjoying them are you?

“You won’t see me doing that but good on him. He’s always high energy and he does have a funny side to himself, so I think you have seen it coming out in the few videos.

“But I’ll tell you what, if we can back on tour and he’s trying to put me into the leotard to fit in the video, I am not going to yes,” Cummins said.

Probed further and told “you would be worried if he brings a leotard to tour”, Cummins said: “Yeah, that’s a good point. He probably will.”