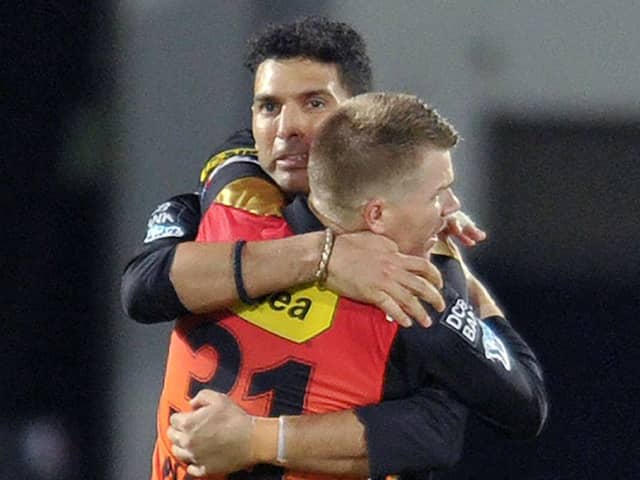 Yuvraj Singh and David Warner played together for the SunRisers Hyderabad in the IPL.© AFP


David Warner, who plays for the SunRisers Hyderabad in the Indian Premier League (IPL), took to Instagram on Thursday to share a throwback video from an event where players and support staff of his franchise can be seen dancing. In the video, former Sri Lanka spinner Muttiah Muralitharan and India all-rounder Vijay Shankar can be seen shaking a leg. “Name these two dancers???? #throwback @sunrisershyd,” David Warner captioned the video on Instagram. While fans took little time to identify that the two “dancers” were Muralitharan and Shankar, it was Yuvraj Singh’s request that sent fans into splits. 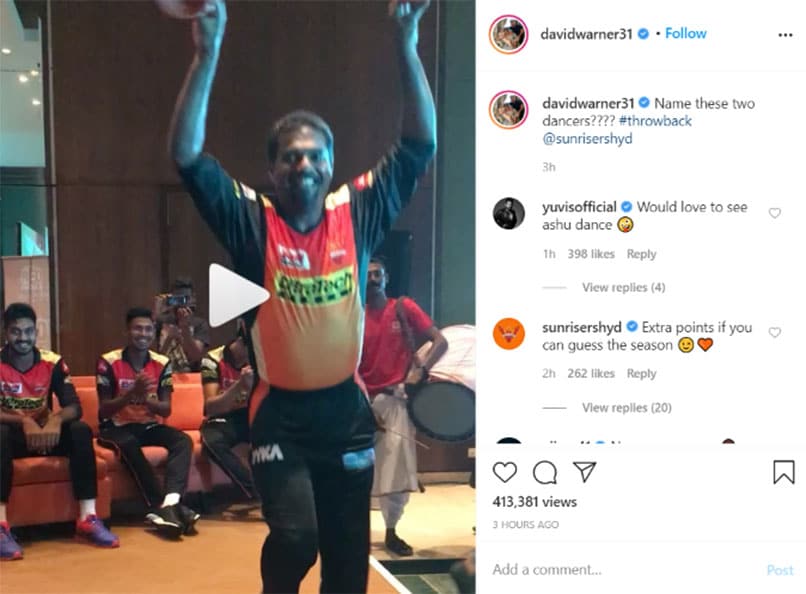 Warner has been one of the most active cricketers on social media during the ongoing coronavirus pandemic.

The left-handed batsman has been keeping his fans entertained with amusing photos and videos.

Warner was part of the One-Day International (ODI) against New Zealand that was played behind closed doors in March.

Australia’s next big assignment is against India later this year where the two teams will play four Test matches, starting December 3.

In a recent interview, Warner said that when the Indian team will travel to Australia later this year, he will not sledge Virat Kohli.

“If you go a little bit at Virat, he comes out harder with the bat and he plays amazing. We have seen it time and time again,” Warner had said.