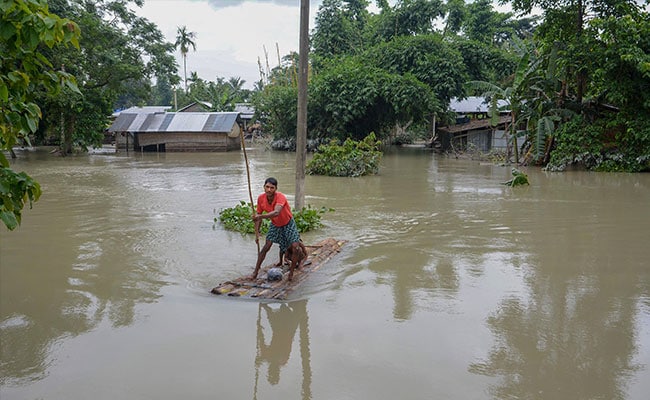 After a spell of sultry weather, Delhi was drenched Friday morning with much needed monsoon rain. The Met department forecast says, thunderstorms and heavy rain are expected in entire Delhi, Meerut, Jhajjar, Bhiwani, Gohana, Jind, Mehem, Manesar, Rohtak and Ghaziabad in the next two hours.

According to data from the India Meteorological Department (IMD), the Safdarjung weather station has recorded 44 mm rainfall in July so far, which is 55 per cent less than the normal of 97 mm. Weather experts said Delhi received just light showers over the last few days as the monsoon trough had shifted towards the foothills of the Himalayas. At present, it lies south of Delhi.

The monsoon trough is likely to move towards the north on July 17 and rainfall is expected in northwest India, including Punjab, Haryana and Delhi. “Light to moderate rain is expected from July 17 to July 20 in the national capital,” Kuldeep Srivastava, the head of the regional forecasting centre of the IMD told news agency PTI.

“We expect to record around 20 mm rainfall in Delhi during this period which will reduce the deficiency to a certain extent,” Mr Srivastava added.

In flood-hit Assam, though the waters have started receding in some areas, the situation is still grim. Around 40 lakh people are affected in Dhemaji, Lakhimpur, Biswanath, Sonitpur, Darrang, Baksa, Nalbari, Barpeta, Chirang, Bongaigaon, Kokrajhar and Dhubri, according to the state disaster management body. Moderate rainfall is expected in the northeastern states over the next five days, says the weather office.

Moving south, Kerala received sharp showers today and water-logging was reported in some areas. According to the IMD, squally weather with wind speed reaching 40-50 km/hr is likely to over the Kerala and Karnataka coasts. Fishermen have been advised st stay away from the sea.

Kerala: Waterlogging in several parts of Kochi following rainfall in the city.

India Meteorological Department has predicted ‘generally cloudy sky with a few spells of rain or thundershowers’ in Kochi today. pic.twitter.com/FPzE9yvQAK