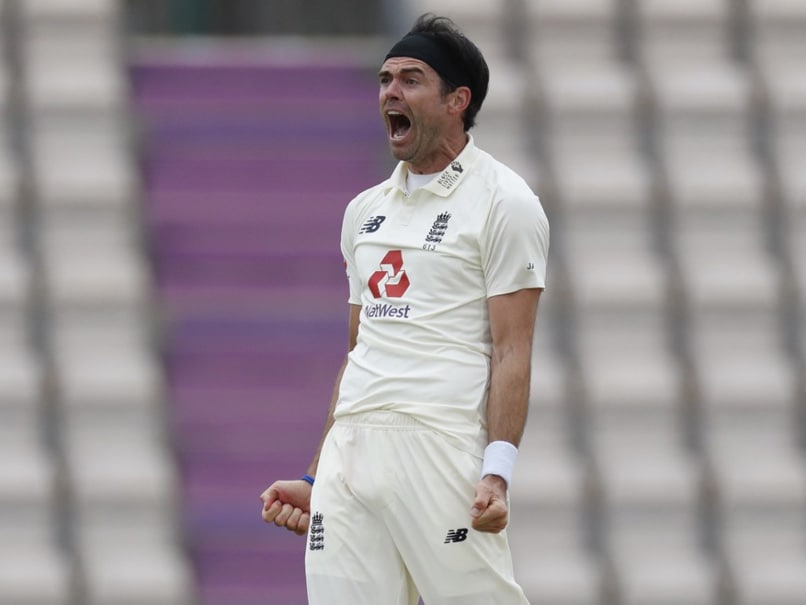 
England captain Joe Root said it would be “silly” to write off James Anderson as he announced the veteran seamer would “likely” play in this week’s second Test against Pakistan. By his own admission the 38-year-old Anderson, England’s all-time leading wicket-taker, was not at his best with a match haul of 1-67 during the hosts’ win in the first Test at his Old Trafford home ground last week. Anderson has now taken just six wickets in three Tests so far this season at an expensive average of over 41 apiece.

But Anderson, speaking earlier this week, bristled at suggestions he was contemplating retirement and Root had no hesitation in backing him, even if the skipper was coy about who else might be in England’s team for the second Test in Southampton, which starts on Thursday.

“Wouldn’t you give him the opportunity with nearly 600 wickets?

“To get that stuff off his chest and talked about has definitely helped him. With Jimmy it won’t be long before he’s right back at the peak of his powers and I’m very much looking forward to him performing this week,” Root added.

Anderson is just 10 away from becoming the first paceman to take 600 wickets in Tests and Root said: “To question Jimmy’s ability and his record — do that at your own peril.”

“There’s a reason he’s got so many wickets over such a long period of time: it’s because he’s a consistent performer.”

“I don’t think it’ll be long until he’s back in the wickets big time.”

By contrast, Anderson’s longstanding new-ball partner Stuart Broad has been in fine form this season with 22 wickets from three Tests at a miserly average of just over 12.

Broad, however, found himself in trouble when fined and handed a demerit point for breaching the ICC code of conduct when for his abusive send-off of Yasir Shah after he dismissed the Pakistan tailender during the first Test.

To make matters more embarrassing for Broad, the punishment was imposed by his match referee father Chris, who is, unusually, officiating in matches involving England this season because of travel restrictions imposed on officials by COVID-19.

“It was disappointing for that to happen,” said Root.

“I’m sure that was a frosty conversation with his Dad, at some point, last week, but you know he’ll look to move on. He knows that he’s got to set an example.”