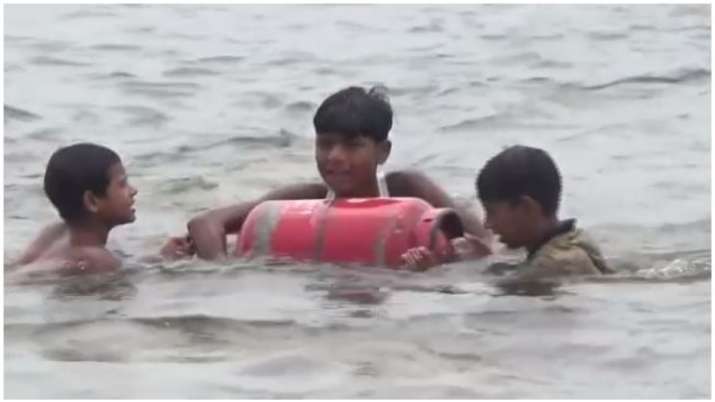 What would you do for chocolate? What can just be a friendly gesture for most of us is making some kids in Bihar cross a river. That too, with a filled LPG cylinder. This sounds unimaginable and horrific to us but this has become a normal affair for some kids in Katihar District in Bihar.

The area is Hasanganj in Katihar. Bhasna river flows through this region and kids in nearby villages take a dip in water to beat the heat. But some people are misusing the enthusiasm of these kids for their own benefit.

Local boatowners ferry people from either banks to where they want to go. The charge is Rs 20 per person. But if anyone wants to take an LPG cylinder with him, the charge gets doubled.

Anyone would think that these extra 20 rupees are well spent as it brings LPG cylinder to his house. After all, you will not be able to cook food without the cylinder.

But some people, wanting to ‘save’ money, ask young kids to haul cylinders across the river. The reward? A Chocolate. 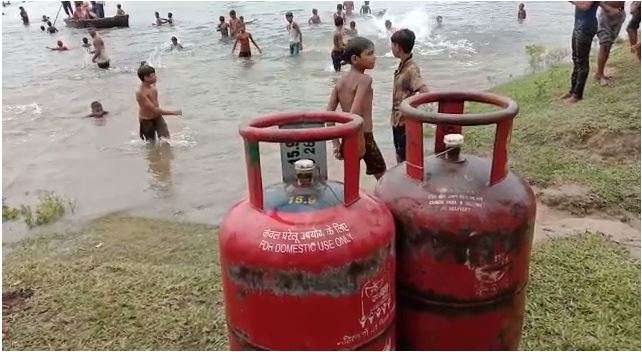 The kids are too young to understand the risk they are taking. As they drag cylinders through the water, even slightest of the gas leak can lead to a horrific accident that may even claim lives of these young ones.

Watch the video below to see the plight of these kids

‘Munim Khan…a Bridge is All We Need.’

When India TV spoke with these kids, they even said that what gets promised often does NOT get paid, whether it is a chocolate or money. One of the boys said that kids indeed are scared to haul a cylinder through the river. But they do it anyway as they get chocolate or money. However, he said that majority of the times, kids do the work for free.

Scared or not, these kids should never be made to do such dangerous work. People may have to spend extra 20 rupees to ferry their own cylinder across the river, but it may also save a life that is priceless.

Who Was Gangubai Kathiawadi: The Woman Alia Bhatt Will Portray In Her Latest Film

Voting Begins For Bypolls To 5 Municipal Wards In Delhi