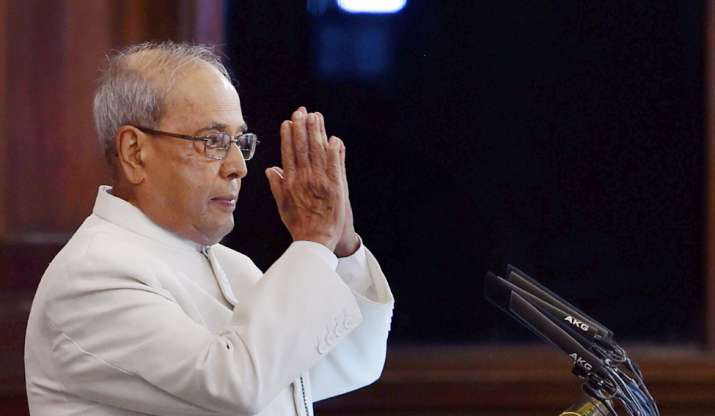 Former President Pranab Mukherjee continues to be critical and on ventilator support, the Army Hospital Research And Referral said in a statement today. The 84-year-old was admitted to the military hospital around noon Monday and had also tested positive for COVID-19.

Mukherjee underwent life-saving emergency surgery for brain clot on August 10. A multidisciplinary team of doctors is constantly monitoring the health of the former president.

On Monday, Mukherjee tweeted that he had tested positive for COVID-19 and urged people who had come in contact with him in the last week to isolate themselves and get tested for the novel coronavirus. Soon after the news of his hospitalisation, wishes poured in from various quarters for his early recovery and a number of leaders sent their wishes on Twitter.

Singh was at the hospital for around 20 minutes.

Congress leader Rahul Gandhi also sent in his best wishes to the former president and wished him early recovery.

A powerful orator and scholar, Mukherjee had been a Congress stalwart before he was elected as India’s 13th President and served from July 2012 to 2017 in the top post.

People of Kirnahar area in West Bengal’s Birbhum district, Mukherjee’s ancestral place, have started a 72-hour yajna from Tuesday for his speedy recovery. The yajna at Japeswar Shiva Mandir began on the auspicious day of Janmashtami and it will go on uninterrupted for three days. Mukherjee’s sister and other members of the family prayed for him at their residence at Miriti village in Kirnahar area.

Mamata claims her phone is being tapped, to order CID probe

Faster the second wave of Covid rises, the faster it should fall: Research