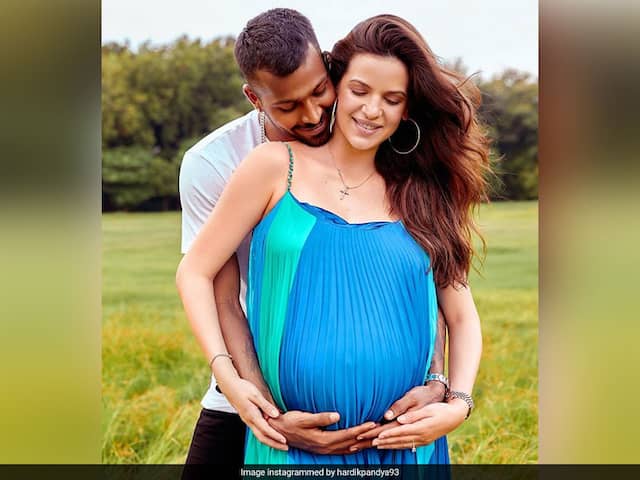 
Hardik Pandya, the Indian all-rounder, took to social media on Thursday to share that his partner Natasa Stankovic has given birth to a baby boy. “We are blessed with our baby boy,” Hardik Pandya captioned the picture of his new-born son. Hardik Pandya and Natasa Stankovic, who announced their engagement on 1st January, revealed in May that they were expecting a baby.


Since then the couple has been sharing loved-up posts for each other on social media and recently they even shared the pictures of their gorgeous maternity shoot.

As far as cricket is concerned, Hardik Pandya was set to make his comeback in the ODI series against South Africa.

Hardik Pandya had been out of action due to an injury since September 2019.

He last participated in the three-match T20I series against South Africa.

Pandya underwent back surgery in London in October and was confirmed to stay from action for 2-3 months.

Hardik Pandya will be next seen in action for Mumbai Indians during the much-awaited Indian Premier League (IPL) 2020, which is all set to commence from September 19 in the United Arab Emirates (UAE).

Initially, the 13th edition of the T20 league was supposed to begin from March 29, but due to the global outbreak of coronavirus, the tournament got postponed.