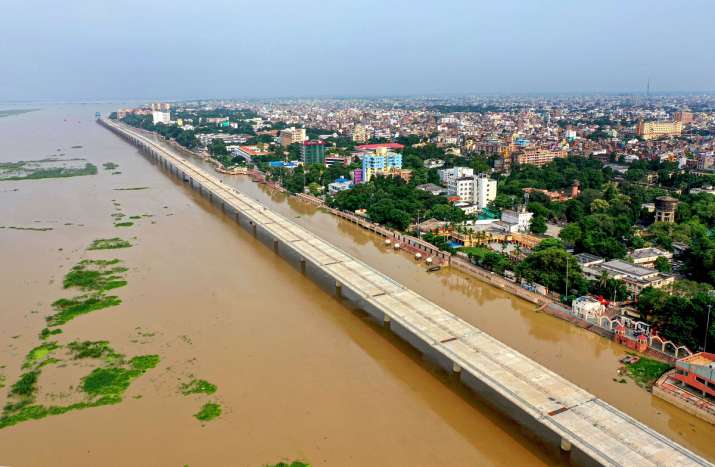 The flood situation in Bihar has further deteriorated as rains in catchment areas of Nepal. As many as 36 people have lost their lives in flood related incidents in the last 24 hours. Water level of Gandak, Kosi and Bagmati is rising all along their course and are flowing above danger marks. Adhwara group of rivers are also flowing above danger mark.

Umang app has stated that heavy rain alert has been issued in the state.

IMD has forecast heavy rain in the state in the next 48 hours. Floods have affected 30 lakh people in 12 districts. Over 11 lakh people of Darbhanga are reeling under the impact of flood. The other worst affected districts are Gopalganj, Saran, Samastipur, East and West Champaran. Vehicular traffic in several districts following damage of roads Rail traffic on Darbhanga -Samastipur section of East Central Railway remains suspended on the sixth consecutive day, due to overtopping of rail tracks  at several places. Long route trains have been diverted on alternative routes.

26 teams of NDRF and SDRF have been pressed into service. Over two lakh sixty thousand people have been evacuated so far. About 25 thousand people are taking shelter in 26 relief camps. 803 community kitchens have been set up for providing food to affected people.

Row Over Who Represents Coup-Hit Myanmar At UN