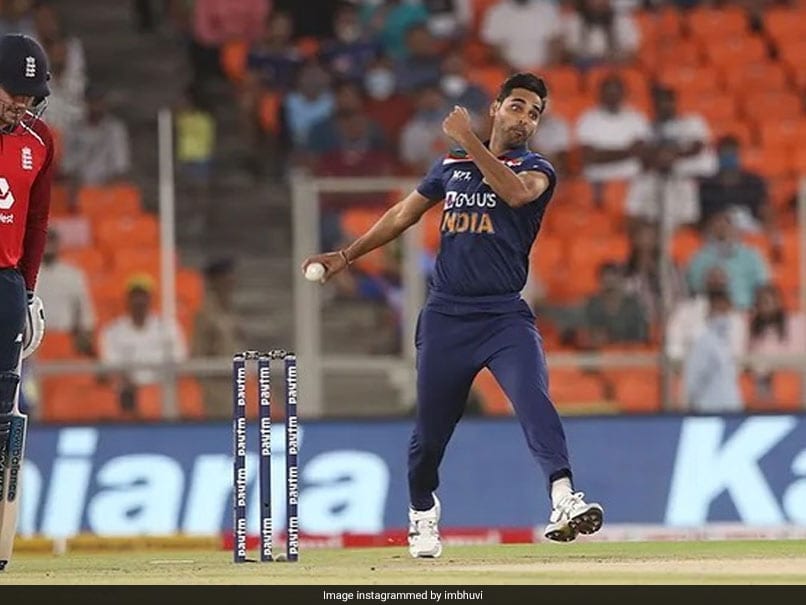 
Experienced India seamer Bhuvneshwar Kumar was among the cricketers nominated for the ICC ‘Player of the Month’ award for March following his standout performances in the limited overs matches against England. The ICC on Thursday announced the nominees to recognise the best performances from both male and female cricketers across all forms of international cricket. Besides Bhuvneshwar, the others in the men’s category included ace leg-spinner Rashid Khan of Afghanistan and Zimbabwe’s Sean Williams.

He was the standout bowler on either side in the white ball series between India and England.

Rashid took 11 wickets as his team won the second Test against Zimbabwe and followed up with six wickets in a 3-0 T20I victory for his side.

From Zimbabwe, Williams played two Tests against Afghanistan where he scored a total of 264 runs and took 2 wickets. He also went on to play three T20Is against them wherein he scored 45 runs with a strike rate of 128.57.

In women’s cricket, Rajeshwari played five ODIs against South Africa and has been their leading wicket-taker in both the white ball series.

Raut has been India’s top run-scorer in the ODI series against South Africa, scoring a century and two half-centuries in these games.

From the South African camp, Lizelle played four ODIs against India where she scored a century and two half-centuries to move to the top of the ICC batting rankings.

The three nominees for each of the categories are shortlisted based on the on-field performances and overall achievements during the period of that month (the first to the last day of each calendar month).