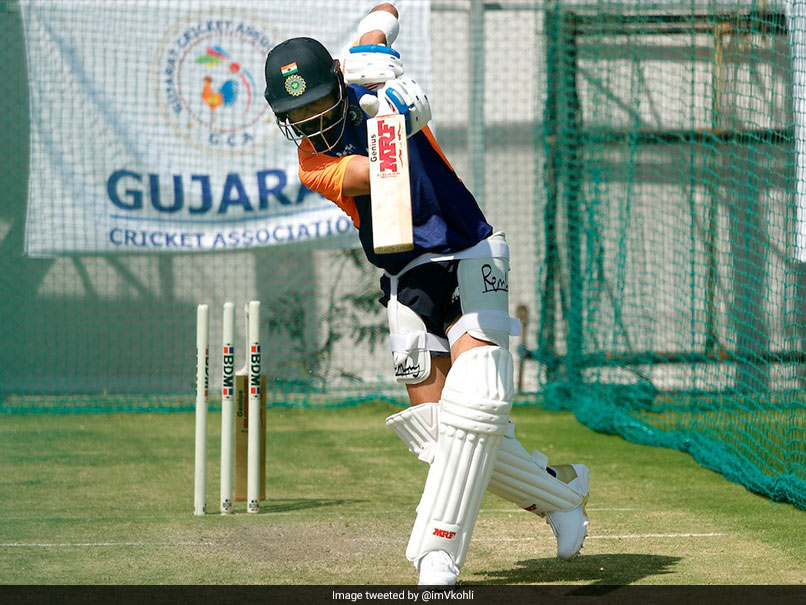 IND vs ENG: Virat Kohli can be seen batting in the nets.© Twitter


Team India skipper Virat Kohli has shared pictures from a training session on social media, a day before the opening day of the third Test against England. Kohli can be seen kicking a football in the first pic, with the remaining two images showing him batting in the nets. “Motera Stadium #TeamIndia,” read the caption on the tweet by the cricketer. The third Test of the ongoing four-match Test series is set to be held at the Motera Stadium in Ahmedabad. The Motera Stadium claims to be the largest cricket stadium in the world.

Kohli has scored 145 runs in the opening two Tests, which were held at the MA Chidambaram Stadium in Chennai. The 32-year-old has accumulated these runs at an average of 36.25 and a strike rate of 47.39.

The Team India skipper missed the last three Tests of the recently concluded four-match Test series against Australia. Kohli returned back home following the conclusion of the first Test, after being granted paternity leave by the Board of Control for Cricket in India (BCCI).

The ongoing four-match Test series against England is currently drawn level at 1-1. While England emerged victorious in the opening game of the longest format, India bounced back with a triumph by a margin of 317 runs in the second Test.