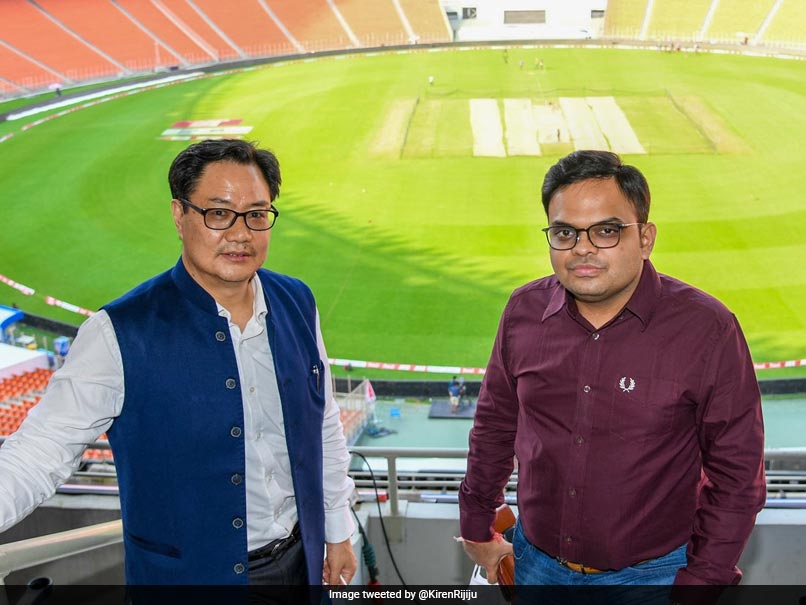 
The Motera Stadium might have already made an impression as the world’s largest stadium, but the Gujarat Cricket Association (GCA) has left no stone unturned to ensure that the feeling once fans enter the stadium is just as mesmerising. The glimpse of every Indian cricketing legend is set to capture the hearts of cricket fans, as soon as they enter the stadium in the ”Hall of Fame” zone. Situated on the ground floor, every major cricket memory features here, be it the T20 World Cup win in 2007 or the 50-over World Cup win in 2011. The memory of the first-ever day-night Test of India that was played in 2019 is also captured here.

A single strip — which has been illuminated — features images of every cricketing legend of this country from Sunil Gavaskar to Virat Kohli. The likes of CK Nayudu, Lala Amarnath, Vinoo Mankad, Sachin Tendulkar, Rohit Sharma, MS Dhoni, Sourav Ganguly also have their image highlighted in the Hall of Fame.

BCCI secretary Jay Shah and Union Minister for Youth Affairs and Sports Kiren Rijiju visited the Motera Stadium, on the eve of the pink-ball Test between India and England and they took a look at the beautiful Hall of Fame zone.

While England pacer Jofra Archer told the ECB media team on Monday that he liked what he saw at the Motera Stadium, skipper Joe Root also said he was impressed with the “phenomenal” stadium on the eve of the game. Root said the atmosphere within the stadium will be “electric” when they take the field on Wednesday.

“It is a phenomenal stadium. I am sure you are going to see some brilliant cricket over the years at this ground. It looks fantastic, hopefully, the wicket can produce some very good cricket. I am sure the atmosphere within (the stadium) will be electric. It is also great to see fans back in the previous game. I am sure with the capacity of this ground that noise will go up and you want to be a part of big games,” Root said during a virtual press conference on Tuesday.

Meanwhile, high on confidence after thrashing England in the second Test in Chennai, the Virat Kohli-led Indian team will look to keep the winning momentum going when they take the field in the pink-ball Test. A win will take them one step closer to a spot in the final of the maiden edition of the World Test Championship.