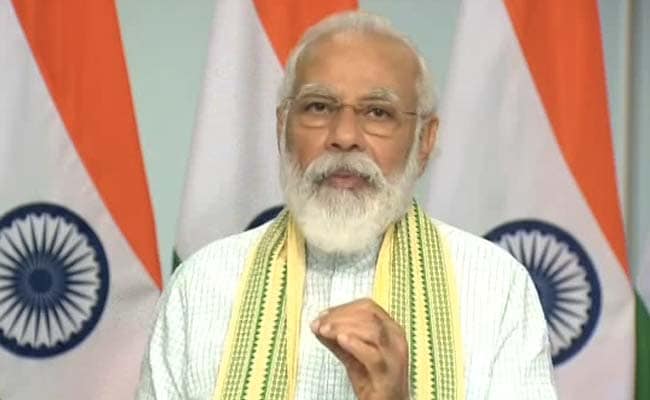 Briefing reporters about the meeting, MEA Secretary (West) Vikas Swarup said both sides went into considerable detail in exchanging views on the shared challenge of terrorism.

The joint statement issued after the summit reaffirmed India and EU’s strong commitment to global peace and security, disarmament and non-proliferation and to combat terrorism in all its forms and manifestations, including its financing and countering radicalization.

“India and the EU will intensify exchanges and cooperation in this regard,” it said.

The two sides agreed to launch a dialogue on maritime security and consultations on security and defence, and to enhance naval cooperation.

They underlined the need to preserve safety and stability in the Indian Ocean.

The statement said they welcomed the launch of negotiations on a working arrangement between the Central Bureau of Investigations and Europol to support law enforcement authorities of India and the Member States of the EU in preventing and combating organised crime and terrorism.

“They confirmed their full support to an open, free, stable and secure cyberspace, and their commitment to foster the responsible and liable behaviour of all the actors in the cyberspace. They underlined the need to increase global cyber resilience, including the health sector,” the statement said.

The statement said India and the EU will continue to cooperate on international and regional issues of common interest including Iran and Afghanistan.

Mr Swarup said that there is no set time frame for the conclusion of the Bilateral Trade and Investment Agreement (BTIA) but India and the European Union (EU) have to take the discussions forward.

“The leaders on both sides affirmed their strong interest and full commitment to develop the India-EU strategic partnership to new depths. They adopted the strategic partnership roadmap to 2025 as the new framework to upgrade the relationships in diverse fields, foreign policy, security, trade and investment, economic collaboration, cooperation on innovative and climate-friendly solutions, digital technologies and connectivity of the broad-based trade and investment agreement.”

The leaders recognised that post-COVID economic recoveries offer opportunities to unleash the full potential for their economic ties including discussion on supply chain linkages between India and Europe, Mr Swarup said.

He also said that the Prime Minister has invited European companies for boost FDI in India taking into account efforts to improve ease of doing business, regulatory environment and the aim to integrate India with supply chains.

He said the relationship with the EU is active covers all dynamics and is underpinned by strong people-to-people ties.

“The EU is our largest trading partners of goods with trade exceeding USD 100 billion. We also have a large services trade of approx USD 40 billion. The EU is one of the largest investors in India with a cumulative investment of over USD 91 billion. The EU is also an important source for technology innovation and best practices,” he said.

Mr Swarup said that the summit was held in a very cordial atmosphere marked by mutual respect.

“The discussions covered the joint response to the pandemic, strengthening India-EU strategic partnership and its various dimensions as well as our convergences and our collaborations on the global arena covering multilateralism, international organisations and contemporary developments,” he said.

“Recognising each other’s strengths and mutual synergies such as our roles in pharmaceuticals and research, EU and India agreed to intensify cooperation and response to the coronavirus including on accessibility and affordability of COVID-19 tools. Both European Council President Charles Michel and European Commission President Ursula von der Leyen greatly appreciated the timely assistance provided by India in terms of providing medicines to EU countries,” he said.

“They sought India’s active engagement in the initiative of universal and affordable vaccines for all,” he added.