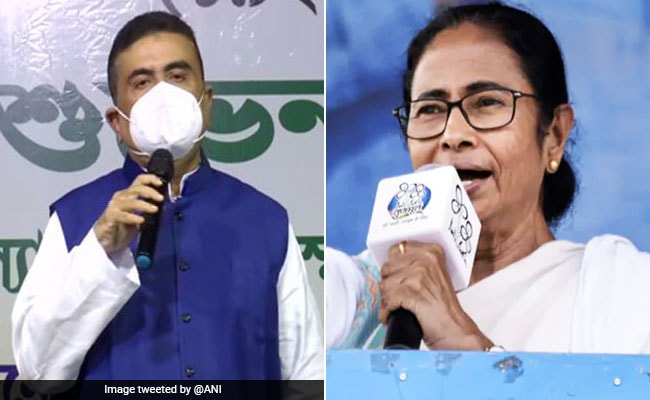 Disgruntled Trinamool Congress leader Suvendu Adhikari today tore into the TMC and its chief Mamata Banerjee over the “insider-outsider” debate and said those coming from other parts of India can’t be branded as outsiders.

Mr Adhikari, who had resigned from the state cabinet and had been distancing himself from Trinamool Congress over the last few months, said, he is “first an Indian and then a Bengali.”

He also criticized the Trinamool Congress leadership, saying it is giving more importance to the party than the people of Bengal.

Mr Adhikari was addressing a gathering over the birth anniversary celebrations of freedom fighter Satish Chandra Samanta at Haldia in Purba Medinipur district.

Referring to the “insider-outsider” debate triggered by Mamata Banerjee and the TMC leadership to counter the BJP in the upcoming assembly polls in the state, Mr Adhikari said, Bengal is very much a part of India and “people coming from other states can’t be treated as outsiders”.

The ruling TMC in West Bengal has often criticised the BJP for sending its leaders from other states to gear up for the Assembly elections.

“For us, we are first Indians and then Bengalis,” Mr Adhikari said.

“Satish Chandra Samanta was a stalwart parliamentarian from Medinipur. Even the country’s first Prime Minister Jawaharlal Nehru used to respect him a lot. Neither Satish Chandra Samanta ever called Nehru an outsider nor did Nehru ever brand him as a non-Hindi speaking MP. There was mutual respect,” he further said.

Satish Chandra Samanta had quit Bengal Engineering College as a student to participate in the freedom struggle. His leadership qualities came to the forefront during the formation of a parallel government named Tamralipta Jatiya Sarkar (Tamrlipta National Government) in Tamluk during the Quit India Movement.

After Independence, Satish Chandra Samanta was a Member of Parliament for over three decades.

Slamming the TMC leadership, Mr Adhikari said, “Why should there be a ‘by the party, for the party of the party’ rule in Bengal? This is democracy. We need to restore the rules as per the Indian Constitution which states ‘by the people, of the people and for the people’… I am not greedy for posts. All my life, I have worked for the masses.”

An influential leader with a mass base, Suvendu Adhikari said that those trying to malign him will get a befitting reply in the 2021 assembly polls.

“There are few people who are trying to malign me by saying I had yearned for posts. I want to tell them that they will get a befitting reply in the next assembly polls,” he said without naming anyone.

Speaking on the anti-farmland acquisition movement at Nandigram in 2007, Mr Adhikari, one of the prominent faces of the agitation, said it was a people’s movement and “neither any political party nor any individual should try to take advantage of it”.

The Nandigram movement had added to the political heft of Mamata Banerjee and helped her party snatch power from the Left Front.

The Nandigram MLA, who had been distancing himself from the party over the last few months, is organising programmes without the TMC banner.

Banners with ‘Dada’r Anugami’ (followers of dada) written on them were seen in various parts of Purba Medinipur district in the last two months.

Efforts by veteran TMC leaders like Saugata Roy and Sudip Bandopadhyay for reconciliation have failed to placate Mr Adhikari, who is yet to disclose his future political direction, amid speculations over him joining the BJP.

Mr Adhikari, an influential leader with a mass base who had resigned from the Mamata Banerjee cabinet and other positions that he held a few days ago, has maintained that it is “difficult for him to work with the party”.

The influential political family gave a miss to Chief Minister Mamata Banerjee’s rally in their stronghold West Medinipur district last week, prompting her to accuse the BJP of trying to break her party by allegedly using “moneybags”.

His desertion may adversely impact the TMC’s prospects in these areas in the next assembly polls.