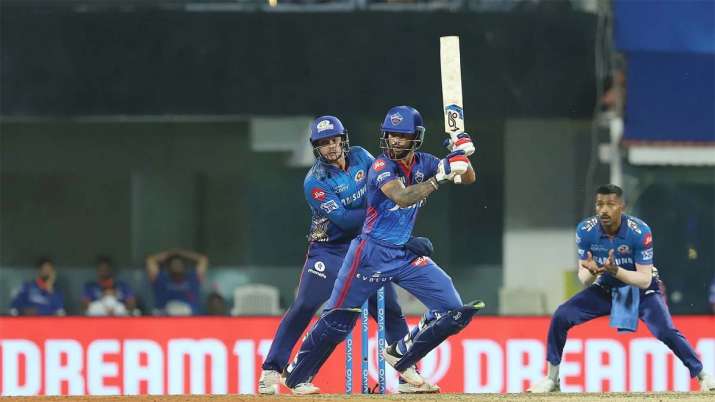 Delhi Capitals survived in a tense chase at the MA Chidambaram Stadium to beat Mumbai Indians for the first time in five IPL games, winning by six wickets on Tuesday.

Earlier in the evening, experienced leg-spinner Amit Mishra spun his web and snared four crucial wickets as Delhi Capitals restricted Mumbai Indians to a below-par 137 for 9 in their IPL game on Tuesday.

Mumbai suffered a middle-order collapse on a sluggish Chepauk track after they were 67 for 2 at one stage as Delhi led by Mishra (4/24) made a spectacular comeback.

Opting to bat, Mumbai lost opener Quinton De Kock (1) early, who edged a Marcus Stoinis (1/20) delivery to Rishabh Pant in the third over.

Suryakumar Yadav (24) then joined Rohit Sharma (44), who got his first boundary – an elegant drive, which raced to deep extra cover fence in the third over.

The duo rallied the innings with their 58-run stand.

Rohit took on ace off-spinner Ravichandra Ashwin (0/30) in the 4th over which fetched 15 runs.

The Mumbai skipper hammered a boundary and a maximum – a loft over extra cover, while Surya also got one boundary, courtesy an outside edge.

Rohit then hit Kagiso Rabada (1/25) for a six over long-off. Surya then hit successive fours off Mishra as Mumbai raced to 55 for one after six overs.

However, Delhi pegged back the defending champions by grabbing three quick wickets.

First Avesh Khan (2/15) dismissed Surya, who nicked one to Pant and then Mishra removed Rohit and Hardik Pandya (0) in the 9th over as Mumbai slipped to 77 for 4.

Both Rohit and Hardik holed out at long on.

Mumbai then lost half its side for 81 as Krunal Pandya (1) chopped an under-cutting arm ball by Lalit Yadav (1/17) onto his stumps.

Mishra then used his googly to trap Kieron Pollard (2) in front of the wicket, as MI was teetering at 84 for six.

In the end, a responsible 26 from Ishan Kishan, who became Mishra’s fourth wicket, coupled with Jayant Yadav’s 23 took the side beyond the 125-run mark.