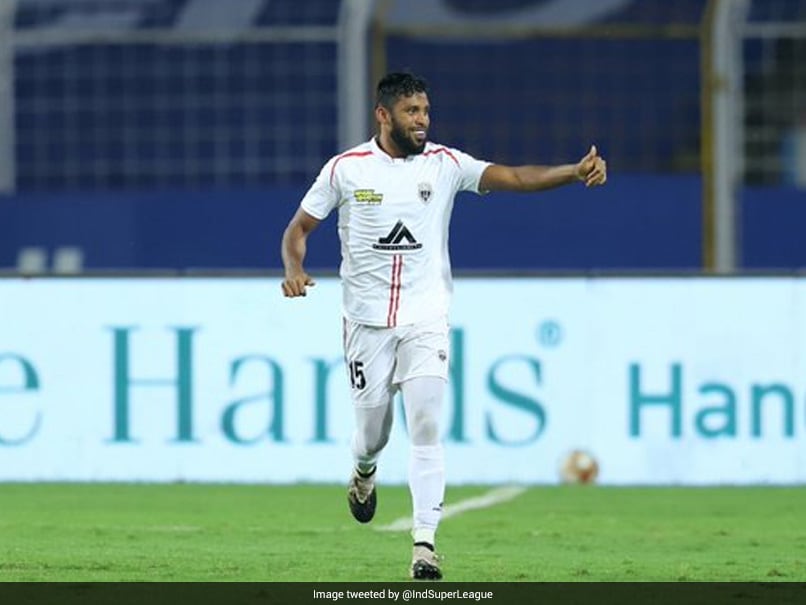 
NorthEast United FC inched closer to a playoffs berth with a 2-1 win over 10-man SC East Bengal, in the Indian Super League (ISL) at the Fatorda Stadium, on Tuesday. Suhair Vadakkepeedika’s (48′) strike and an own goal from Sarthak Golui (55′) put the Highlanders ahead, before the latter pulled a goal back in the 87th minute. The win took Khalid Jamil’s side back into the top four. They now have 30 points from 19 matches, level on points with FC Goa. The Highlanders now need just a point from their final league match against Kerala Blasters to qualify for the playoffs.

NorthEast made one change as Nim Dorjee came in for Ashutosh Mehta. East Bengal made eight changes to their side which lost to ATK Mohun Bagan as only Matti Steinmann, Sarthak Golui and Raju Gaikwad were retained in the playing XI.

Despite not having regulars, SCEB made life difficult for NorthEast. The Highlanders had a few half-chances but East Bengal contained them well. Mirshad Michu made an early save to deny Deshorn Brown from close when he toe-poked a Luis Machado pass from inside the box.

Michu was forced into yet another save when Suhair tried a shot from a distance, however, the rebound travelled to Machado, whose attempt was fruitless.

Later, Machado and Brown combined from a set-piece but the Jamaican was unable to trouble Michu. SCEB’s Jeje Lalpekhlua had a good chance in the 35th minute, but his header went wide.

With no clear-cut chances for either side, the teams went in level at the break. Though the match was mostly restricted to the midfield, NorthEast were better in terms of their command over the game.

It was a different NorthEast side in the second half. They took the lead from their first chance of the half. Picking up the ball from the left, Imran Khan drove forward before serving an accurate through pass to Suhair, who scored his first goal of the campaign.

The Highlanders intensified their attacks after taking the lead, and it didn’t take long to get their second. But this time it was an own-goal that inflated their tally. Dorjee whipped in a cross from the right and in an attempt to clear, Sarthak sliced the ball off his shin into the back of the net.

Things went from bad to worse for the Kolkata-based team who had to play the last 20 minutes with a man less. Gaikwad brought down Brown outside the box, and the referee showed him his second yellow.

With less than five minutes on the clock, Sarthak redeemed himself with a fine goal. Surchandra Singh delivered the freekick right into the middle that Sarthak nodded in.

How India’s Exit From Recession Is Gaining Momentum