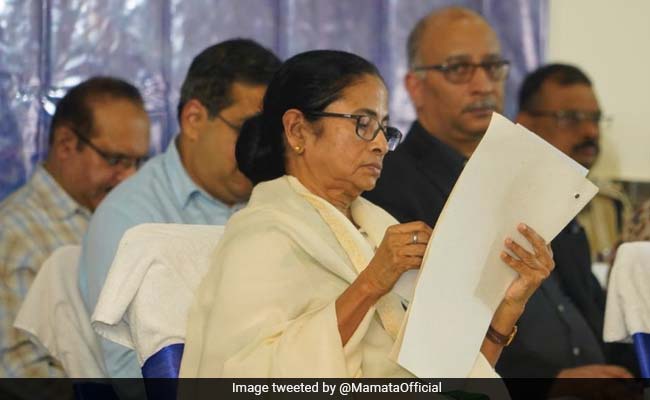 Kolkata municipal elections – to have been held in April but postponed because of the Covid pandemic – may be held by the end of March next year, weeks before the 2021 Assembly polls.

The Trinamool Congress had an overwhelming majority in the Kolkata Municipal Corporation (KMC) after the last election, but the civic body has since been dissolved and is run by a state-appointed board of administrators, with the former mayor acting as Chairman.

The Urban Affairs department wrote to the state election commission (WBSEC) Tuesday, saying elections could be held four to six weeks of publication of final electoral rolls on January 15.

No dates have been suggested, so far, for pending elections to 107 other civic bodies across the state. The Trinamool controls about 95 per cent of the civic bodies in Bengal.

Analysts say civic body polls now would be like a mini-Assembly election in a state that is already seeing bitter and, oftentimes, vitriolic campaigning by the Trinamool and its primary opposition – the BJP, which claims the ruling party is trying to avoid holding elections for fear of losing.

The Bengal government’s letter to the WBSEC comes two days ahead a deadline of sorts, laid down by the Supreme Court, to either decide polling dates or install court-appointed administrators.

This case is scheduled to be heard on Thursday.

Two cases were filed at the Calcutta High Court, separately, by BJP leaders in September, according to lawyer Brajesh Jha. The cases challenge the delay in holding civic polls.

Both the single and division benches accepted the state’s plea – that the Covid pandemic was making the conduct of elections difficult. Unsatisfied, in October the BJP wrote to the WBSEC and demanded the pending civic polls be held. The petitioners went to Supreme Court.

Bengal’s Urban Affairs minister, Firhad Hakim, has said the Trinamool is always ready to face an election that, he said, would have been held on schedule had the pandemic not struck.

“The Supreme Court asked the government when elections will be held. Otherwise administrators will be appointed. That’s why the state is looking for poll dates,” Dilip Ghosh, the Bengal BJP chief, said.

Second Part Of Parliament Budget Session To Begin From Monday