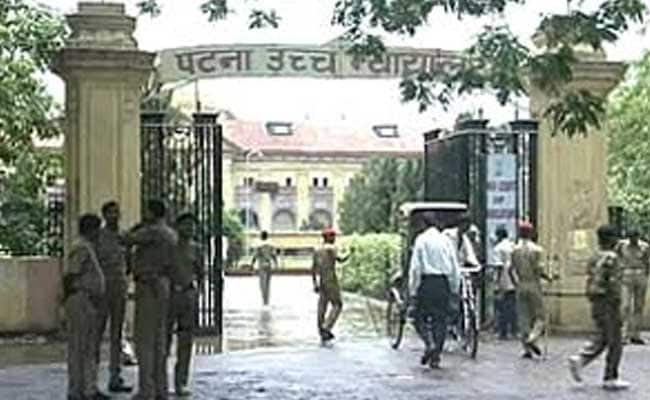 The letter was addressed to the chief justice and other judges of the Patna High Court. (File photo)

Lawyers from across the country on Wednesday denounced the arrest of an alleged gang-rape victim in north Bihar who got charged following a ruckus inside the court premises where she had appeared to get her statement recorded before a magistrate.

In a letter to the chief justice and other judges of the Patna High Court, 376 advocates voiced concern over the manner in which the 22-year-old woman and two social workers accompanying her at a court in Araria district were recently remanded in judicial custody and sent to a jail in Dalsinghsarai, about 240 km away.

The letter, signatories to which include luminaries like Indira Jaisingh, Prashant Bhushan and Vrinda Grover, expressed unhappiness that when the victim appeared before the magistrate on July 10, the latter took her disoriented state of mind as a personal affront.

According to Ashish Ranjan Jha, the secretary of Jan Jagran Shakti Sansthan, the Araria-based social organisation to which the victims jailed caregivers belonged, the incident took place on July 6.

She had gone out of her home to learn how to ride a motorcycle from an acquaintance. Four of his friends caught hold of her, while the acquaintance ran away, and raped her, as per the FIR she lodged a day later, Mr Jha told PTI over the phone.

She was spotted by workers of the Sansthan who first took her home, but noticing that her family members were unsympathetic, agreed to take her along and look after her while she fought for justice.

Our workers Kalyani Badola and Tanmay Nivedita – accompanied the victim on July 10 when she appeared before the magistrate. Some misunderstanding and communication gap appears to have led to the unfortunate situation thereafter, said Mr Jha.

According to police sources, in the FIR lodged by a court staff against the trio, the victim had grown agitated upon being asked to sign a transcript of the statement and insisted that Kalyani and Nivedita be called in for a perusal of the document.

Later, the social workers too approached the magistrates staff and requested that they be shown a copy of her statement which was turned down citing “legal restrictions” which led to an altercation.

Miffed over the din, the magistrate is said to have directed a member of the court staff to lodge an FIR against them for contempt of court and under IPC sections for obstructing a public servant from discharge of duty.

A day later, the order remanding them in judicial custody was passed and they were sent off to the Dalsinghsarai jail in Samastipur district. We sought a legal remedy today when we tried to move an application before the district court only to learn that the premises have been ordered closed for the next seven days in view of the corona outbreak, Mr Jha lamented.

Meanwhile, the lawyers in their letter alleged that while reporting the matter local dailies ended up divulging details of the victim and that no COVID test was conducted even though she was raped by several strangers.

Notably, Mr Jha said the trio was sent off to the faraway prison because of a corona protocol under which not more than a specified number of people can be kept inside a jail. The reformatory in Araria could, thus, not accommodate them. We submit that even without going into the various versions of the event that will invariably be brought before your Lordships, there is a need to infuse the incident with some sensitivity and view it from that perspective, the
letter said.

It was the fourth day since the incident of gang-rape. The survivor was completely distraught and disoriented and totally dependent, emotionally, on her caregivers who were also exhausted looking after her. We respectfully submit that any perceived disrespect must be viewed from this perspective, it said.

Terming the judicial custody awarded to the survivor and her caregivers excessive and harsh, the letter said the formers extremely fragile emotional state and separation from her caregivers and incarceration will have an adverse effect on her health.

It has also resulted in the case pertaining to gang-rape having been put on the backburner, while all attention is focused on the alleged contempt..We pray that your Lordships intervene into the matter as it displays a complete lack of sensitivity to a victim of violent sexual crime and to her caregivers, the lawyers said.