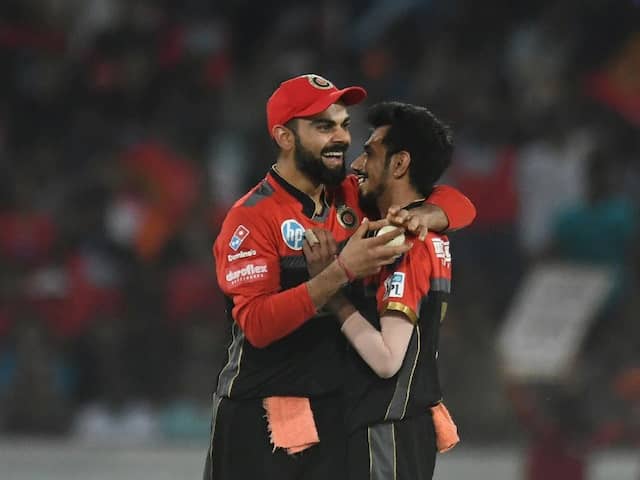 Yuzvendra Chahal has been the first-choice spinner for the Royal Challengers Bangalore.© AFP


Virat Kohli’s enviable international career and his antics on the field have often drawn adjectives like “The King”. On World Lion Day, his IPL team Royal Challengers Bangalore posted two pictures on Twitter – Kohli in the RCB training gear and a lion in a jungle – asking fans to “Spot the differences”. Kohli’s IPL teammate Yuzvendra Chahal was quick to spot one. “Difference hmmm in first pic wearing clothes and in 2nd pic widout clothes,” Chahal tweeted. Apparently, the adjective “Lion” has also been added to Kohli’s repertoire.

Kohli has been leading Bangalore since 2013 but he is yet to win an IPL title with them. Chahal, a key man in the RCB line-up, will have to try to replicate his performances at Bangalore in the UAE where the IPL will be played this year due to the coronavirus pandemic and its impact in India.

Chahal, who got engaged recently, has experience of playing in the UAE as he was in the India squad for the Asia Cup 2018. Kohli was rested for that tournament and so it will be the first time that the RCB captain would turn out at a ground in the UAE since the 2014 IPL.

The IPL is scheduled from September 19 to November 10 and will be played in three cities – Dubai, Abu Dhabi and Sharjah.

The BCCI has shared the standard operating procedures (SOPs) with the franchises that requires at least five rounds of testing for the coronavirus before players would be allowed to train in the UAE.