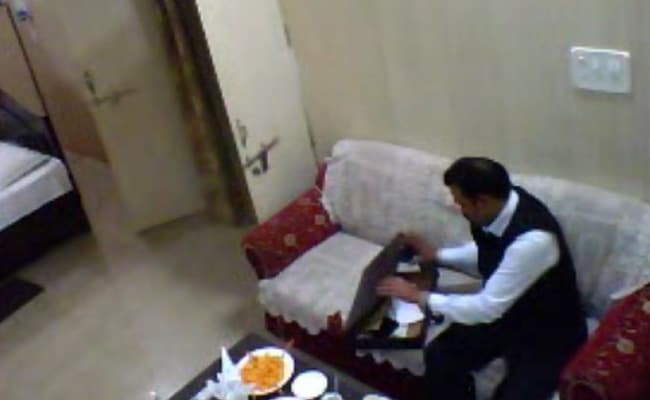 In the video, V Madhu Kumar was seen putting envelopes in his bag

“The state government withdraws the service of V Madhu Kumar as transport commissioner, and he is shifted as additional director general to the police headquarters, Bhopal, forthwith till further order,” said the state Home Department’s order.

State Transport Minister Govind Singh Rajput and V Madhu Kumar could not be contacted by PTI for their comments.

After V Madhu Kumar was transferred, Govind Singh Rajput, late Saturday night, told a local media outlet that a probe will be conducted into the video episode.

The video that has surfaced is of the time when V Madhu Kumar was the Inspector General of Police, Ujjain range. He is seen taking the envelope but what is in it is not visible, the minister said.

“It is going to be probed to get a clear picture, he added.