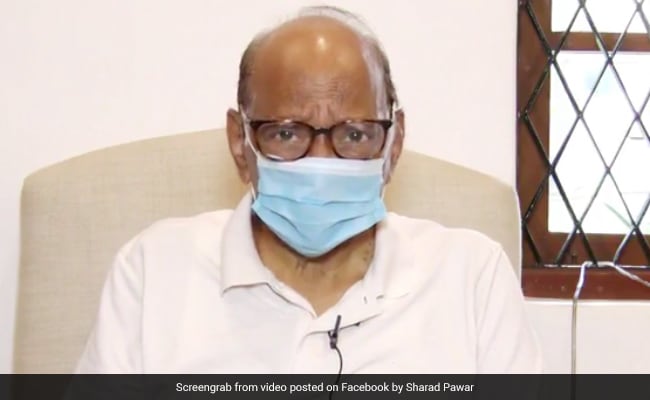 NCP president Sharad Pawar on Thursday said the Centre has assured to help Maharashtra where the COVID-19 situation is currently “grim”.

In a live address on Facebook, Sharad Pawar, whose party shares power in Maharashtra with the Shiv Sena and Congress, said he spoke to Union Health Minister Harsh Vardhan on Wednesday and the latter assured to support Maharashtra and other states to tackle the situation.

Sharad Pawar said the rapid spread of the viral infection and the rising number of active cases was a cause of concern, and the state government had no option but to impose curbs as the gravity of the situation cannot be ignored.

“The situation in Maharashtra is grim. I appeal to all stakeholders to cooperate by realising the seriousness of the situation. To protect the lives of citizens, some stringent measures are required,” the NCP chief said.

“The Centre is also helping. I spoke to Union Health Minister Harsh Vardhan yesterday regarding the situation in Maharashtra,” the NCP chief said.

Sharad Pawar said Harsh Vardhan assured that the Centre will stand by the Maharashtra government and all other states to tackle the situation.

On Wednesday, Harsh Vardhan lashed out at Maharashtra and some other states, accusing them of trying to cover their “failures” in containing the pandemic by making “deplorable” attempts through “irresponsible” statements to distract attention and spreading panic among people.

Sharad Pawar said health workers in Maharashtra were doing their best to control the spread of the viral infection.

He said the state government has taken some steps, like imposing strict curbs to break the virus chain, on the advice of experts.

The 80-year-old leader’s comments came in the wake of protests from traders and small businessmen against restrictions imposed by the state government.

As per the state government’s ”Break the Chain” order, all shops under the non-essential category will remain closed till April 30.

The opposition BJP in Maharashtra has criticised the curbs after initially supporting the government’s efforts.