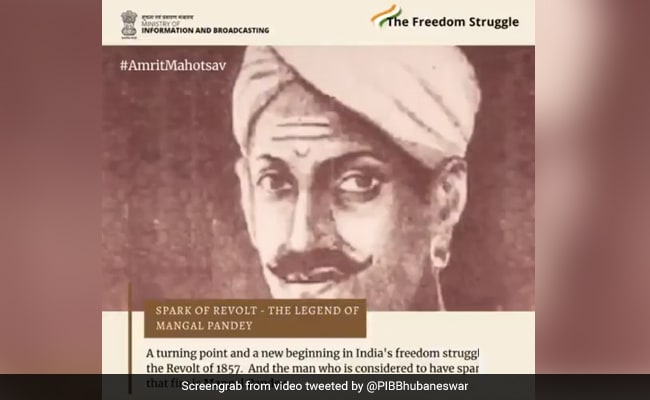 Mangal Pandey, a sepoy, had led the mutiny of 1857 – the first war of Indian Independence

Mangal Pandey, a soldier in the British East india Company, was hanged on 8th April for revolting against the colonial rulers. On his death anniversary today, Mangal Pandey is being remembered for his great courage and sacrifice. Mangal Pandey had spearheaded the Revolt of 1857, which is also known as the first war of Indian Independence. The Sepoy Mutiny was a turning point and a watershed moment in Indian history. Here are 10 key points to know about Mangal Pandey and the Revolt of 1857.

The Ministry of Culture tweeted a beautiful video on the life on Mangal Pandey: Watch here

Pay homage to the Great Indian Freedom Fighter #MangalPandey, who rose against his British officers, disobeyed them and fight for justice. His stories continue to inspire us to stand up against unjust actions. @[email protected]@[email protected]@pspofficepic.twitter.com/vSsndPcfu4

CSK vs RR, Indian Premier League: Rajasthan Royals Players To Watch Out For