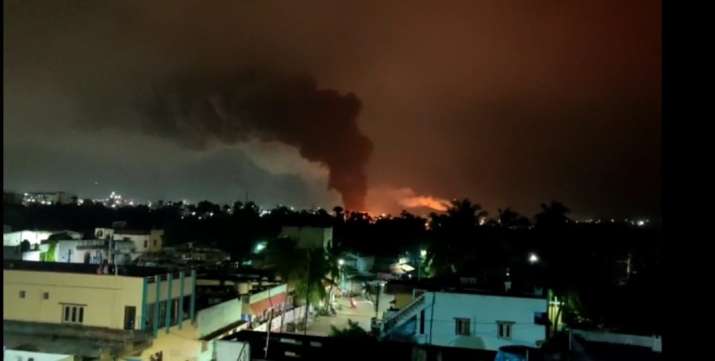 A massive fire broke out in a pharma company at Pharma City at Paravada of Visakhapatnam on Sunday, causing panic among residents.  According to locals around 17 explosions were heard from the blaze area.  The blaze is so massive that it can be seen from a distance of more than a kilometre. The explosion place in chemical manufacturer Visakha Solvents Ltd’s plant in the Pharma City, Parawada in Visakhapatnam.

Massive Fire brakes out in a pharma company at Pharma City at Paravada of #Visakhapatnam.
Several loud explosions heard.
Fire fighters are rushed to the [email protected] pic.twitter.com/x7kYVO6pwh

As many as 12 fire tenders were deployed to douse the flames. The fire is under control now. The fire reportedly started from the reactor and spread to other parts of the plant. However, there was also no loss of life in the incident. 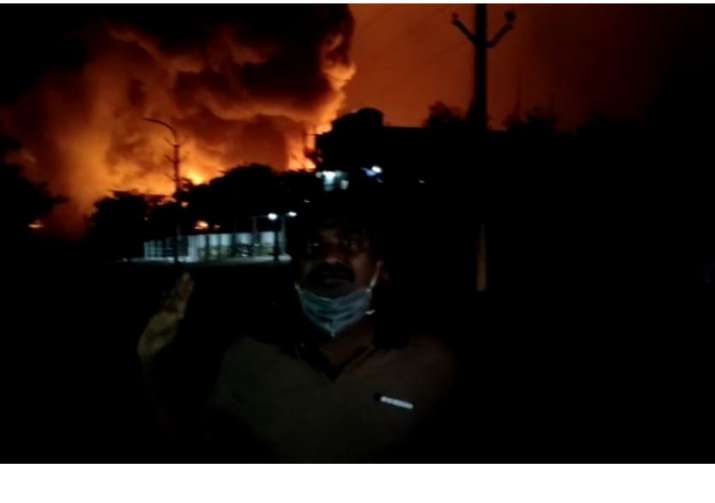 On May 7, a blast in LG Polymers plant in the city caused a massive gas leak which killed 14 people and sent several others to emergency in the wee hours of the morning.

Mamata claims her phone is being tapped, to order CID probe

Faster the second wave of Covid rises, the faster it should fall: Research