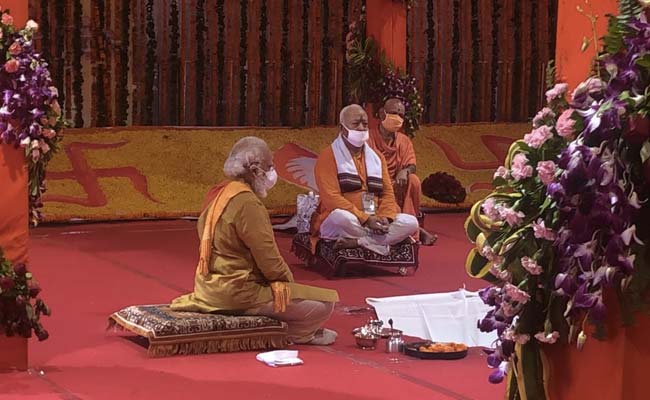 Celebrations and festivities are on in Mathura today as Prime Minister Narendra Modi did the bhumi pujan at Ayodhya for the construction of the Ram Mandir. In the wake of foundation stone laying ceremony of Ram Mandir, special pujas and offerings began at various mutts and temples in Varanasi, Mathura, Prayag, Chitrakoot and other places in Uttar Pradesh.

In Mathura, the birth place of Lord Krishna, similar pujas have been organized. The entire temple complex of Krishna Janmabhoomi has been decked up and just like the pujas started two days ahead of bhumi pujan, in Ayodhya, rituals had also started in Mathura. The prayers and other functions will continue till the foundation stone is laid in Ayodhya.

Security has been stepped up in Mathura in view of the bhumi pujan at Ayodhya. The police conducted checking operations at important junctions on Tuesday. Search operations were also carried out at bus stations and railway platforms, the police said.

Security has also been stepped at many sensitive locations across the country. On Tuesday, the Pune police asked people to stay away from posting inflammatory remarks on social media. The police asked WhatsApp group ‘admins’ to change settings so that no one can spread false news.