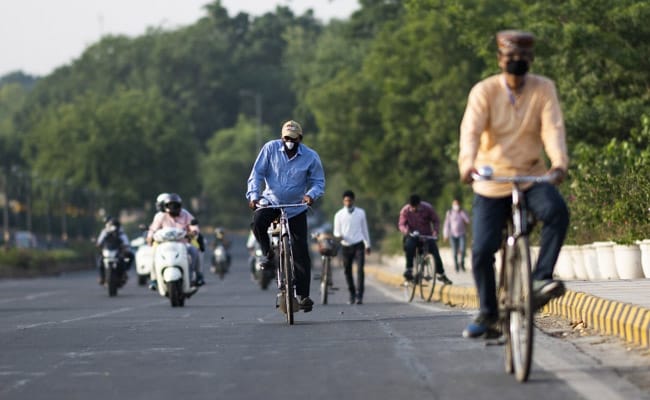 Delhi COVID-19: Amid a surge in the cases, the national capital has ramped up testing (Representational)

The first 12 days of July have largely reported more cases of people recovering daily from the coronavirus than the fresh ones added to Delhi’s COVID-19 count, according to the Delhi government data.

From July 1-12, the city recorded 25,134 cases, while 31,640 people recovered. Barring July 1 and July 6, all days this month recorded more recoveries than fresh cases.

On July 1, a total of 1,644 patients recovered, while the next day, the number of recoveries was nearly double at 3,015.

July 3 saw a slight decline in the recoveries recorded within 24 hours at 2,617 and the next day the number of recoveries stood at 2,632.

On July 6, when the total number of cases crossed the one-lakh mark, the city recorded recoveries at 749, but the number spiked to 2,129 the next day.

The recovery rate of Delhi stands at nearly 80 per cent, much higher than the national average.

In June, the coronavirus recovery rate had gradually started increasing and was over 66 per cent by the end of the month.

Last month, the national capital added over 64,000 fresh cases to its tally, while over 47,357 patients recovered, were discharged or migrated.

Since then, the recovery rate has been on an upward spiral even on days when the case tally breached the 3,000-mark. One June 23, when Delhi reported the highest single-day spike of 3,947 cases, the recovery rate was 59.02 per cent.

Amid a surge in the cases, the national capital has ramped up testing and is conducting nearly 20,000 tests every day and has completed a serological survey to assess the spread of infection.